Brazil - Live concert on YouTube for Past Pupils' 150th anniversary 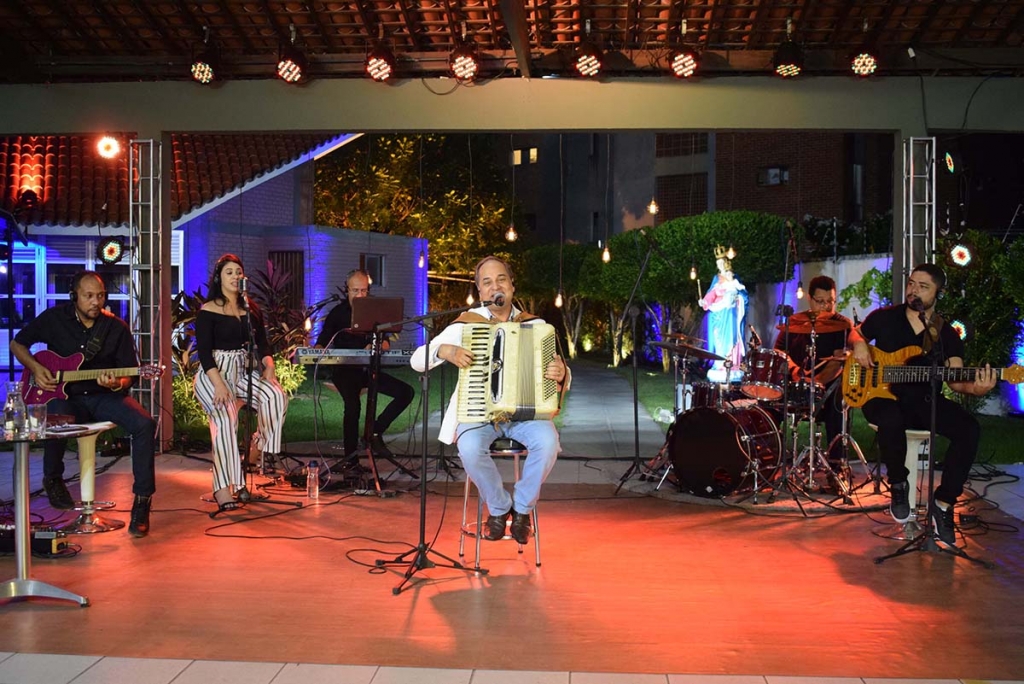 Recife, Brazil - June 2020 - The 150th anniversary of the Don Bosco Past Pupils was celebrated by the Salesian Province of Brazil-Recife (BRE) with a live music event of solidarity with Fr João Carlos Ribeiro, SDB, and Band. During the two-hour performance, broadcast on YouTube, the Salesian singer entertained the families in social isolation with music, prayer and invitations to solidarity. The initiative is part of the Salesian Solidarity Action that the BRE Province has conducted since the beginning of the pandemic, helping thousands of families in situations of social vulnerability. Then followed the video greetings of singers and prominent figures, in particular of the past pupils, represented by the Vice-President of the Confederation, Eduardo Cavalcanti. The celebration of the 150th anniversary culminated in the words of Fr Nivaldo Pessinatti, BRE Provincial, and with the consecration of the families to Mary Help of Christians. The live stream achieved over 100,000 views.