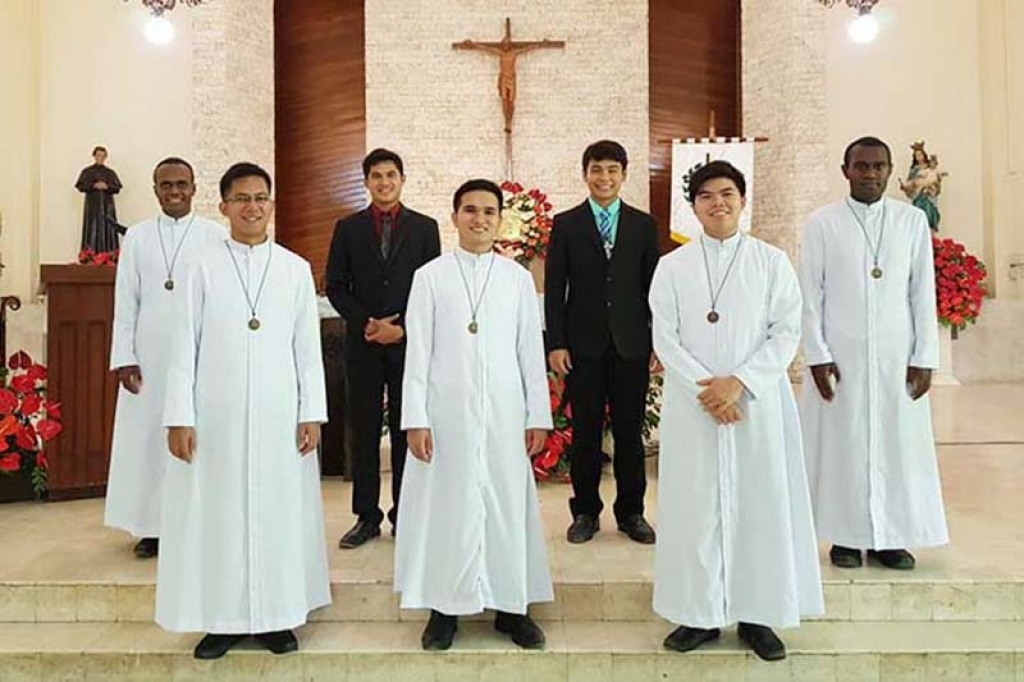 Talisay City, Philippines - June 2020 - On June 24, in Talisay City, seven Salesians made the First Profession: five belong to the Southern Philippines Province and Delegation of Pakistan (FIS), and two are from the Papua New Guinea and Solomon Islands Vice Province (PGS). The two of PGS made the vows as clerics, while of the FIS members, three professed as clerics and two as lay Salesians. Fr Godofredo T. Atienza, FIS Provincial, entrusted Fr Eugenio G. Maglasang, Delegate for Pakistan, to preside over the celebration.