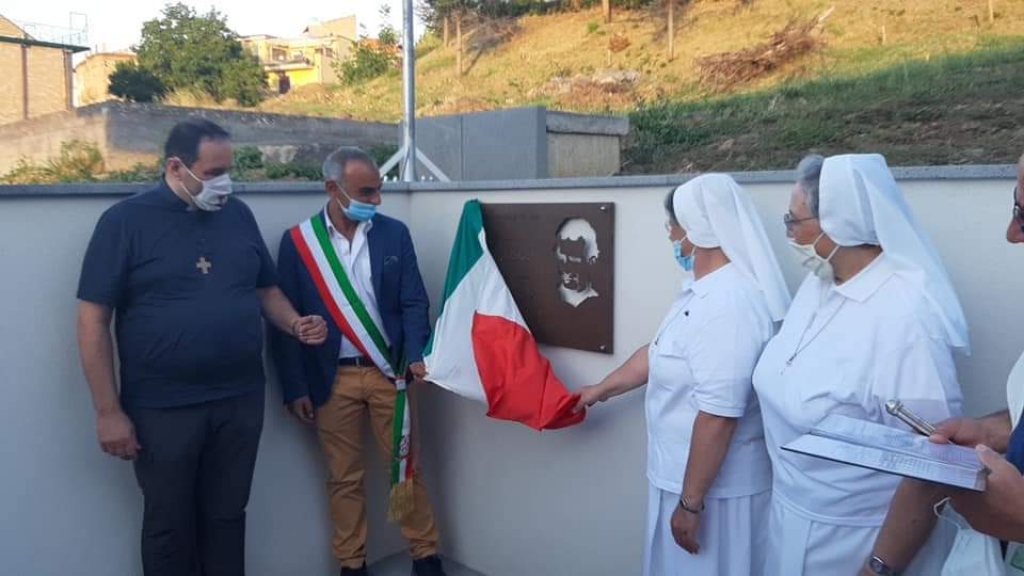 Bronte, Italy - August 2020 - Yesterday, Wednesday 5 August, in the town of Bronte (Catania), on the slopes of Mount Etna, on the 148th anniversary of the birth of the Institute of the Daughters of Mary Help of Christians (FMA), the renovated urban park was presented; its name: Don Bosco. It is the name the town's mayor, Graziano Calanna, and the City Council had decided upon, having been designed by 4 young architects under 30 years of age and designed for the town's young people. The Salesian charism has been present in Bronte since 1880, when Sr Felicina Mazzarello opened the first house of the FMA in Sicily. The FMA Provincial, Sr. Maria Pisciotta, and the Salesian Provincial, Fr Giovanni D'Andrea attended the inauguration.