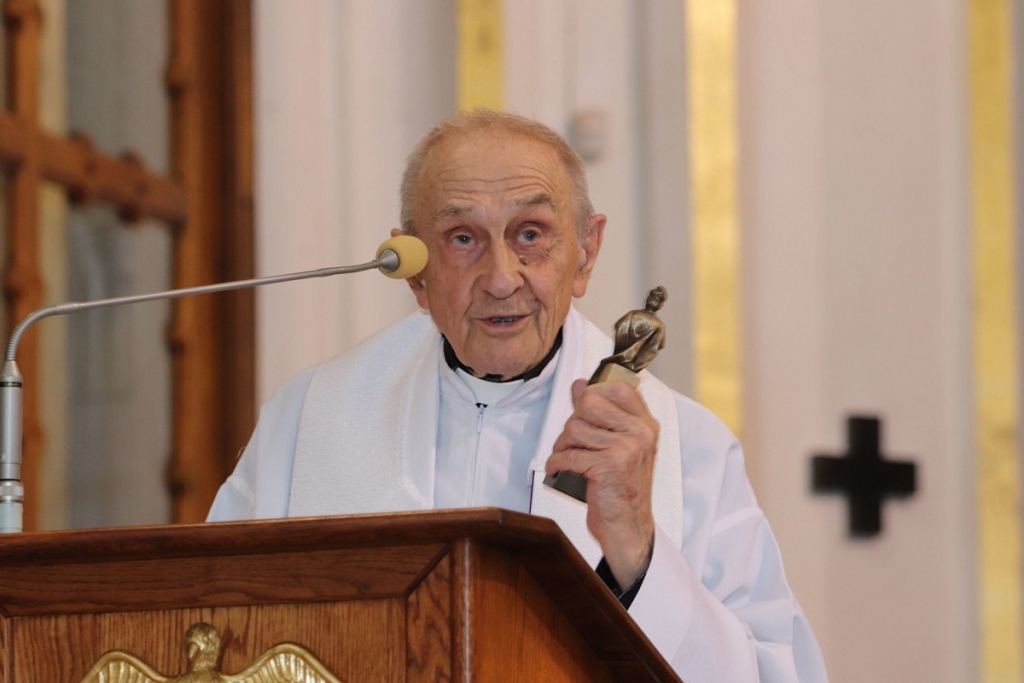 Oświęcim, Poland - August 2020 - On 17 August, on the day of St Hyacinth, patron saint of the Krakow Province (PLS), the meeting of the Rectors of the Salesian presences of the PLS Province took place. The Eucharistic celebration was presided over in the Shrine of Mary Help of Christians by Fr Marcin Kaznowski, provincial superior of the Krakow Province, and the homily was given by Fr Tadeusz Rozmus, former Councilor for the Central and Northern Europe Region. As part of this meeting, the jubilees of various Salesians were celebrated and the ceremony for the awarding of the "Mir" Provincial Prize, received this year by Fr Ignacy Ryndzionek, a Salesian from Krakow, with a laudatio pronounced by Fr Kazimierz Szczerba, SDB, was held. Also, on August 16, on his 205th birthday, the patron saint of the city of Oświęcim - St. John Bosco - was also honored and celebrated.