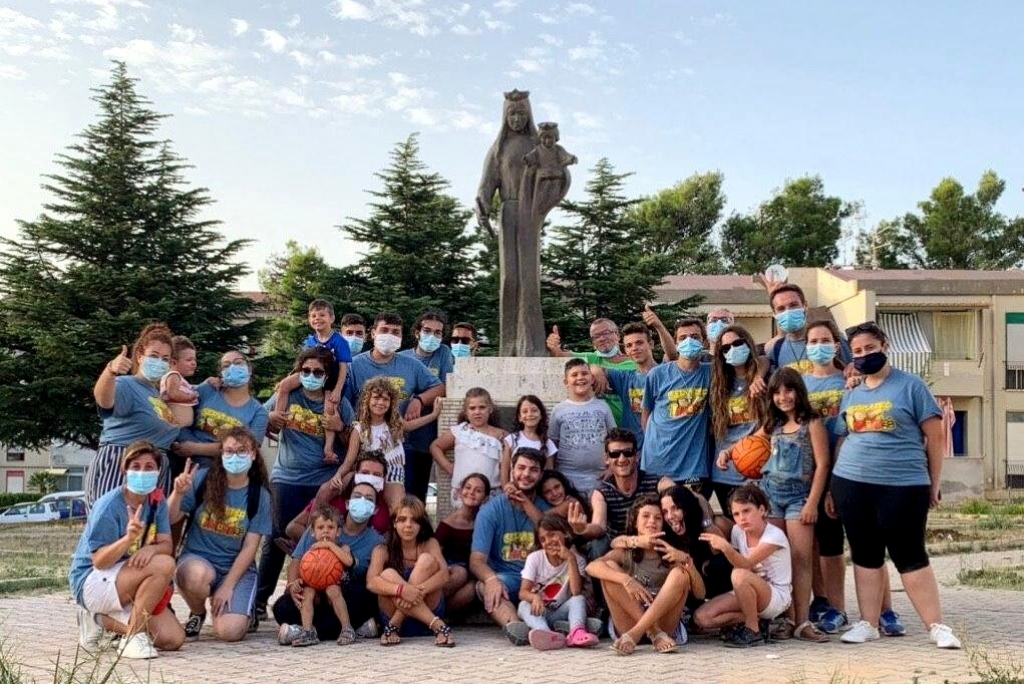 Alcamo, Sicily - August 2020 - Last August 14 the experience of the Provincial Missionary Camp promoted by the Missionary Animation of Sicily and Tunisia began in Alcamo and ended on Sunday 23 August. A dozen young people between 18 and 26 years old, together with three other young Salesians, shared the experience of animating the children of the Maria Ausiliatrice Quarter, a small popular neighborhood in Alcamo. After the first three days of learning, fraternity and organizational and spiritual preparation of the group, from Monday 17 August these young people, together with the Salesians and other volunteers, took care of the children and, through them, of the respective families of this particular Alcamo area. From the very first days, the young participants in the camp realized that there are many riches hidden in these children, such as their joy, spontaneity, and the ability to trust the people who take care of them. Despite the initial mistrust, it was immediately clear that there was that "point accessible to good", highlighted by Don Bosco, with which the individual can be helped to become a good Christian and an upright citizen.