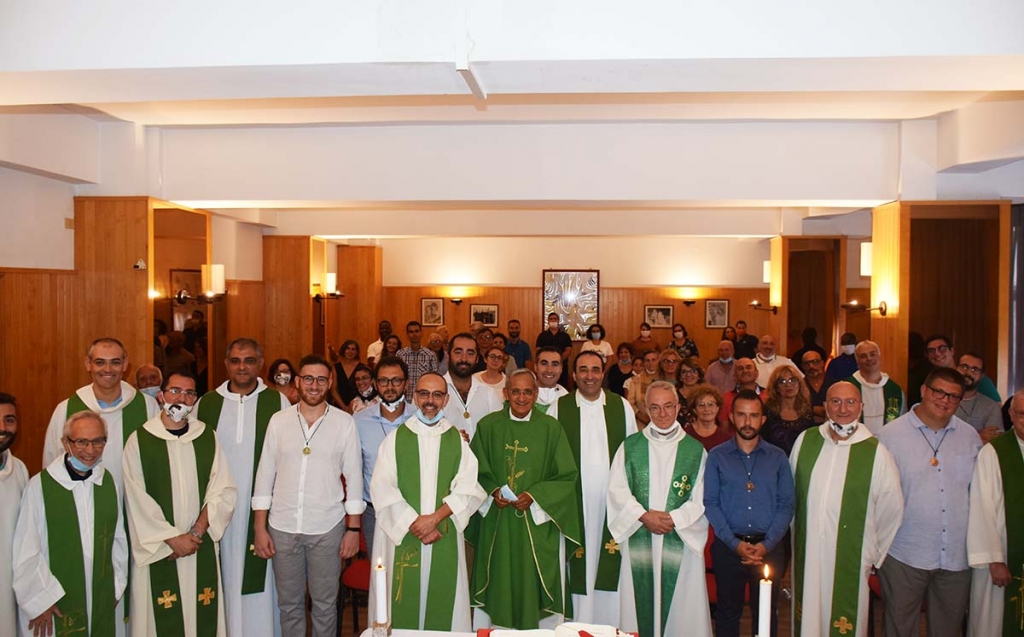 Messina, Italy - August 2020 - On 29 and 30 August, the meeting of the families of the Salesians of the Sicily Province (ISI) took place in the “San Tommaso” community of Messina, an annual event first established in 2018. They were two days of listening and discussion between the various families about their own experiences, all being united by a son/brother/brother-in-law who chose to undertake the Salesian life. The theme that guided the families was “Nazareth at the Becchi: dreaming of the Family”, which was deepened thanks to two reports on the family of Jesus and Don Bosco. Also present at the meeting was the Rector Major emeritus, Fr Pascual Chávez, who offered the classic "Salesian goodnight" and presided over the concluding Eucharist, during which 5 young Salesians renewed their temporary vows.