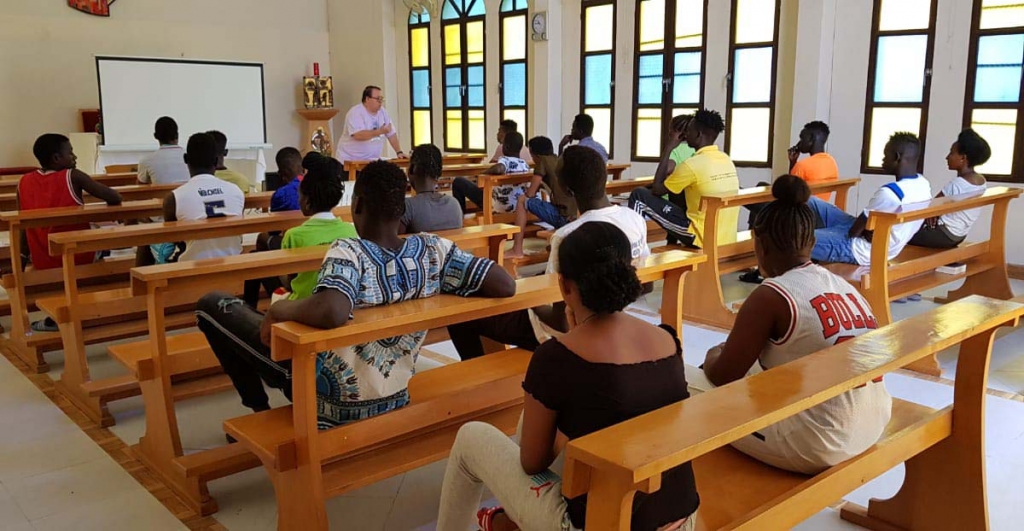 Gambella, Ethiopia - October 2020 - On 9 October the Salesian community of Gambella organized the first of four formation meetings with the group of youth leaders of the “Don Bosco Youth Center”. The initiative was held with the aim of reliving the "Salesian Sacrament" of presence among young people, as one of the challenges proposed by the Rector Major to the entire Salesian Congregation for the next six years, in line with the “Valdocco option” proposed by Pope Francis in his Letter to the GC28. Since the Vice Province of Ethiopia (AET) has chosen to renew the Salesian identity, in particular in "being among the young as a community and sharing some relevant moments with them", the community of Gambella has planned formation meetings on topics of interest for the animators, all Christians of different denominations. The first meeting, entitled "Youthful Holiness" and inspired by the Beatification of the young Carlo Acutis, took place in three moments: a shared reflection on holiness with reference to the Apostolic Exhortation of Pope Francis "Gaudete et Exsultate", several short videos, a document on the testimony of the young Acutis; and Eucharistic Adoration.