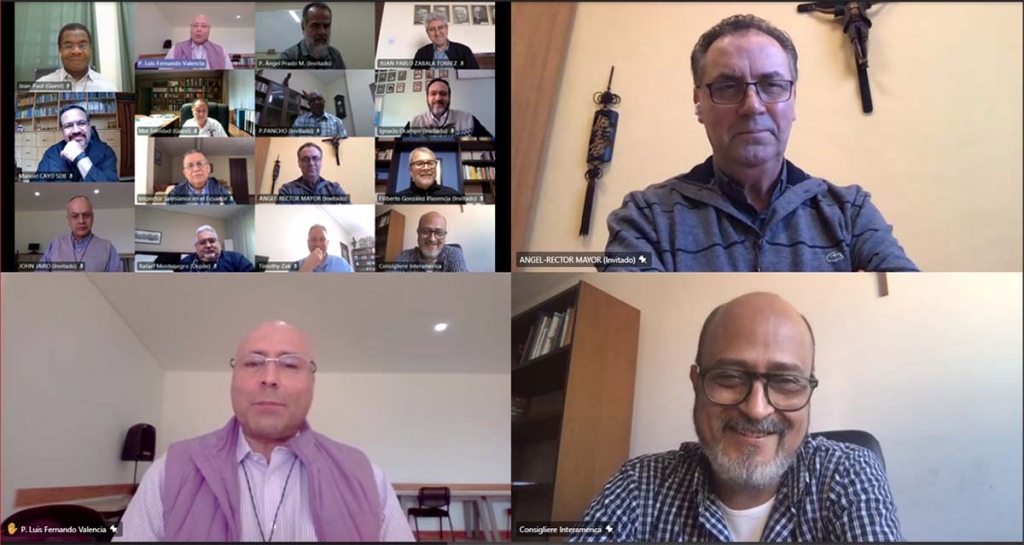 Medellín, Colombia - October 2020 - With the greeting of the Rector Major, Fr Ángel Fernández Artime, the meeting of the Provincials of the Interamerica Region has begun and will take place online from 18 to 23 October. The event, in which 13 Provincials participate, is coordinated and accompanied by Fr Hugo Orozco, Councilor for the Interamerica Region, and is organized by the Province of Medellín (COM). The objectives to be developed during the meeting include the Regional Councilor's accompanying the Provincials in their ministry and formation, the development of fraternal communion and sense of Congregation, and the sharing of agreements on the responsibilities of the Region. This is expected to be a space in which articulated work in the Interamerica Region can be strengthened, hand in hand with the options outlined by the Rector Major in GC28, which illuminate the pastoral service of the Provincials.