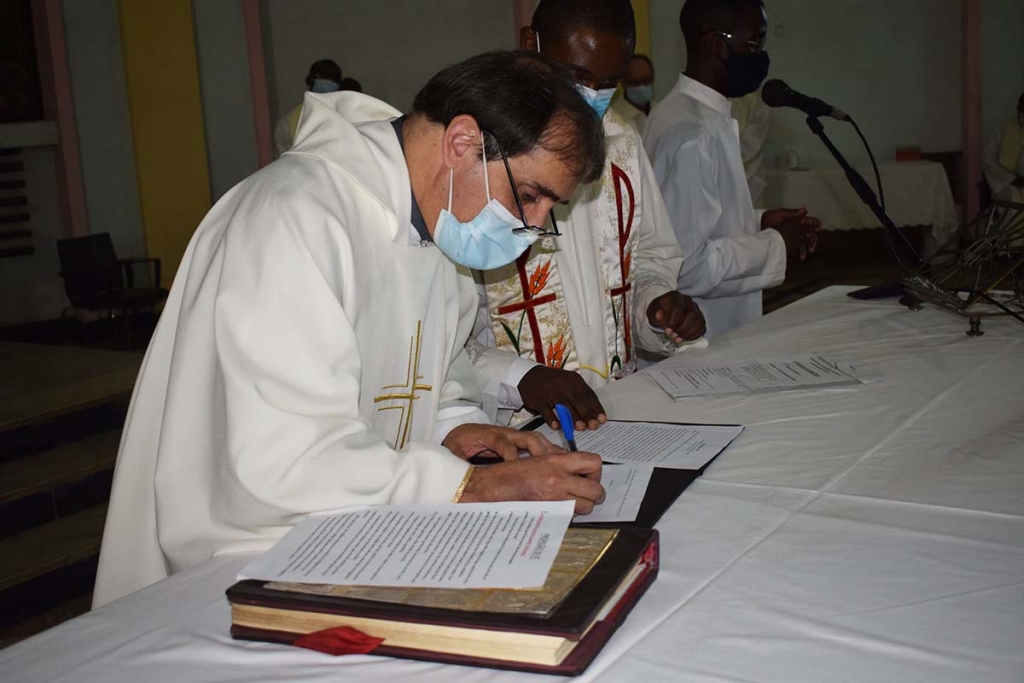 Luanda, Angola - October 2020 - The installation ceremony of the new Superior of the Salesian Vice Province of Angola (ANG), Fr Martín Lasarte, took place on 21 October. The inauguration Eucharist was celebrated in the parish of "San Paulo", in the presence of all the Salesian communities of Luanda and the members of the various groups of the Salesian Family, who thanked Fr Victor Sequeira, previous ANG Vice Province Superior, for the work carried out during his tenure.