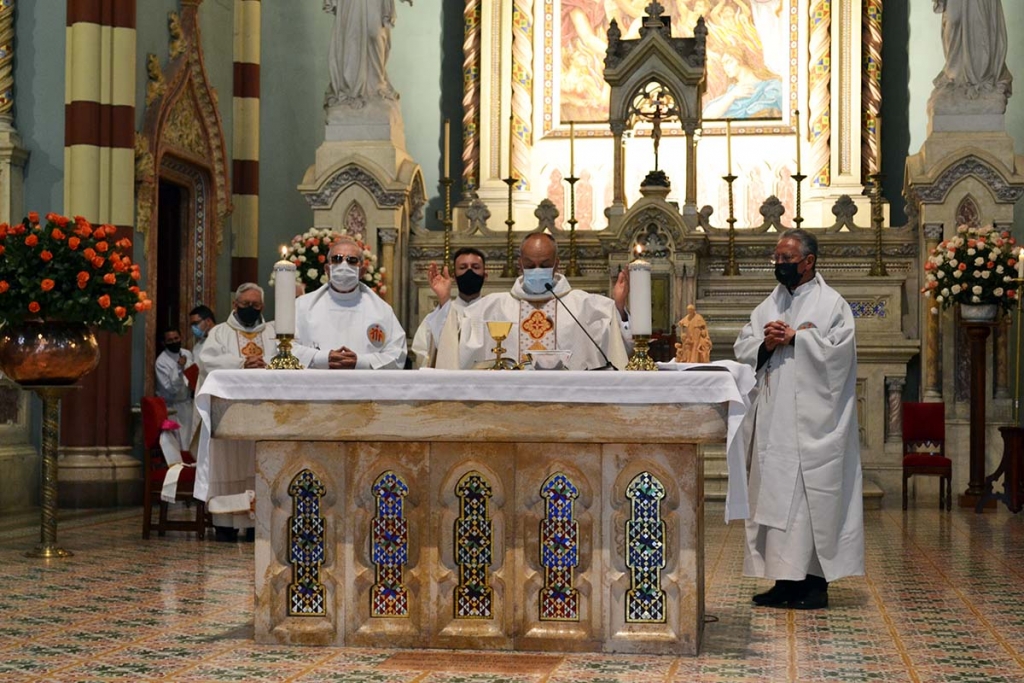 Bogotà, Colombia - October 2020 - The Provincial Feast Day of the Salesian Province of Colombia-Bogotà (COB) took place on 31 October in the Salesian College "León XIII". The event, broadcast live on Facebook and YouTube, began with the Eucharistic celebration presided over by Fr John Jairo Gómez Rúa, COB Provincial, and concelebrated by some Salesians, in the presence of members of the Salesian Family, in compliance with current safety protocols. The Provincial Feast Day continued with various cultural performances and with the awarding of commemorative plaques for the anniversaries of some works and several Salesians. It ended with the words of the Provincial who thanked the whole Salesian community and the Salesian Family for accompanying him in prayer, which strengthens his animation to carry out the Salesian mission in favor of the poorest.