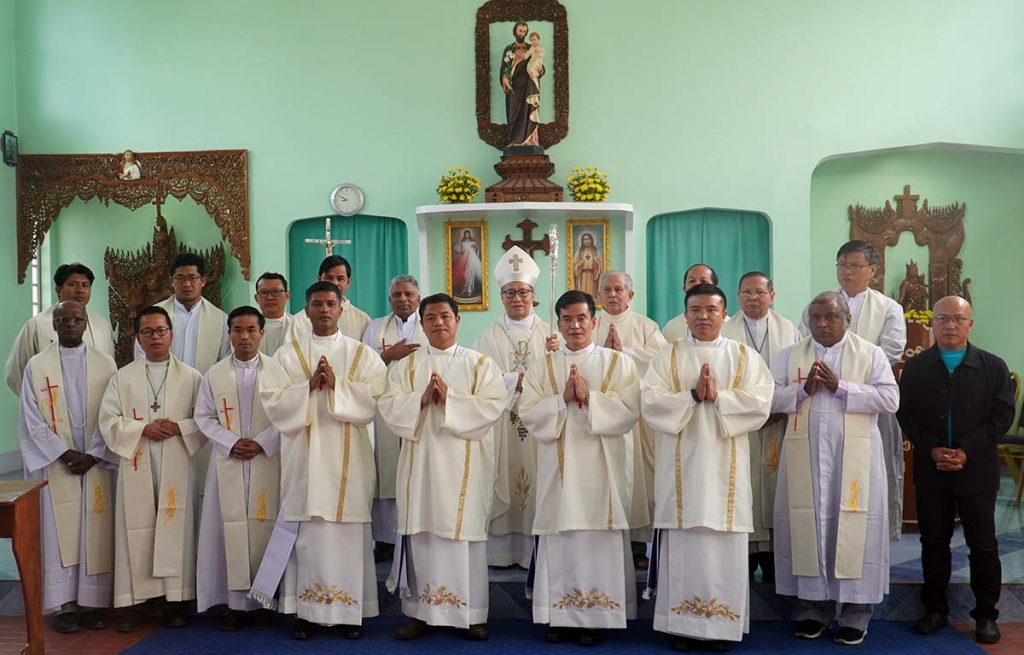 Anisakan, Myanmar - November 2020 - On 24 November in the headquarters of the Salesian Vice Province of Myanmar (MYM), four Salesians were ordained deacons by the Archbishop of Mandaly, Marco Tin Wiin. The ceremony was concelebrated by Fr Charles Saw Thi Han Lwin, Superior of the MYM Vice Province, and by various Salesians.