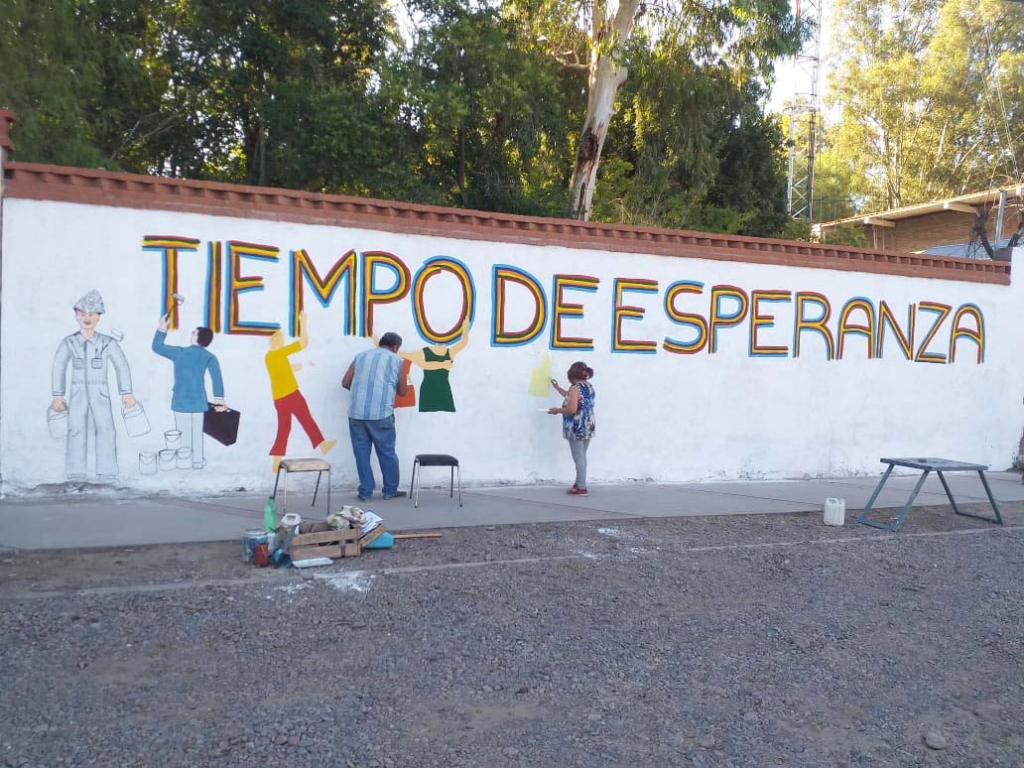 Rodeo del Medio, Argentina - December 2020 – In view of Christmas, the parish of Mary Help of Christians in Rodeo del Medio launched the "NaviDAR" solidarity campaign with the aim of collecting Christmas baskets to distribute to needy families. The entire city collaborated in the campaign and donations were received at various collection points. Caritas organized all the goods received and the children of the catechesis wrote a letter to put in each basket. The children from "Giovani de I Becchi" assembled Christmas baskets and collected donations during two charity concerts and the inauguration of a mural in the city that reads "Time of Hope", all of which made it possible to buy more food. Thanks to the “NaviDAR” campaign, they created and distributed 200 Christmas baskets to families in need.