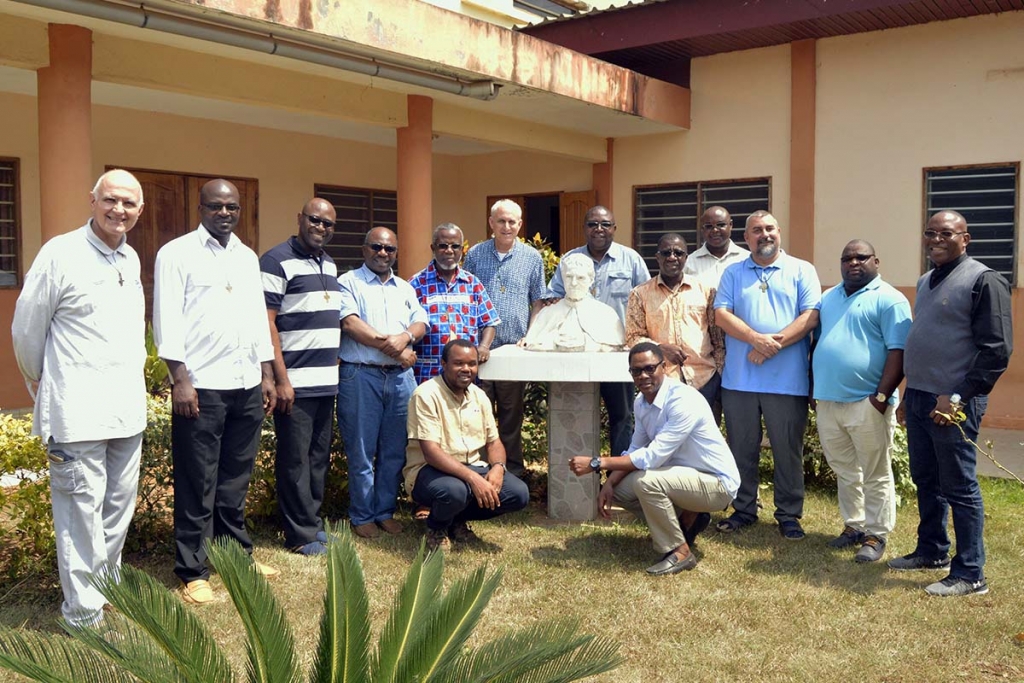 Yaoundé, Cameroon - January 2021 - The annual meeting of the Rectors of the Vice Province of Tropical Equatorial Africa (ATE) took place from 10 to 14 January at the Salesian theologate "Saint Augustin de Nkol’Afeme". The event was presided over by Fr Guillermo Basañes, Extraordinary Visitor "ad nutum" and "pro tempore" appointed by the Rector Major, and by Fr Roland Mintsa, Superior of the ATE Vice Province, with the participation of 9 Rectors, 3 members of the Council of the ATE Vice Province, while 5 Rectors were unable to intervene due to the pandemic. During the session, the Rectors shared the current status of the ATE Vice Province. For their formation, they used two recent documents of the Salesian Congregation: “Animating and Governing the communities” and “Young Salesians and accompaniment”. The debates highlighted the strengthening of the Salesian identity in the context of the Vice Province and the sense of belonging to the Congregation, the rediscovery of the figure of the Rector as custodian of the charismatic identity, the need to promote the "culture of care" within the community and in the apostolate, and also the historical and spiritual value of the accompaniment of Salesians and young people.