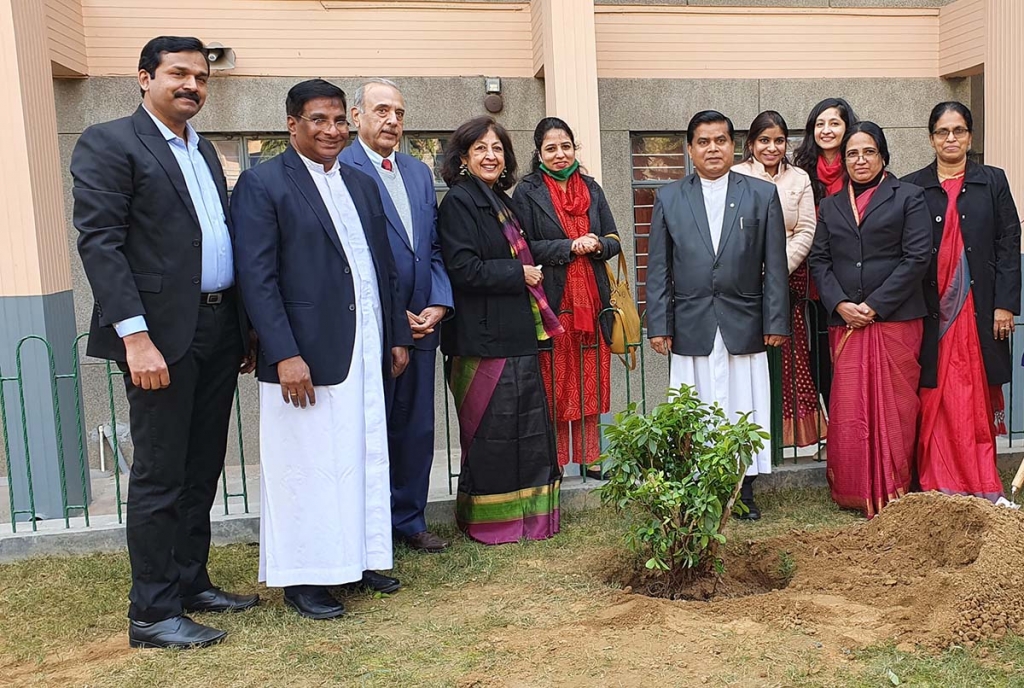 New Delhi, India - January 2021 - Last January 30th was a day of celebration for the Don Bosco-Alaknanda School of New Delhi. In fact, the celebrations for the 40th anniversary of the institute's foundation began. Numerous guests took part in the event, including Fr Davis Maniparamben, Provincial of the "Jesus Good Shepherd" Province of India-New Delhi. The ceremony was characterized by moments of sharing and prayer and, finally, a floral tribute was offered in honor of Don Bosco. Furthermore, Fr David Rayappan officially presented the logo created for the school's 40th anniversary.