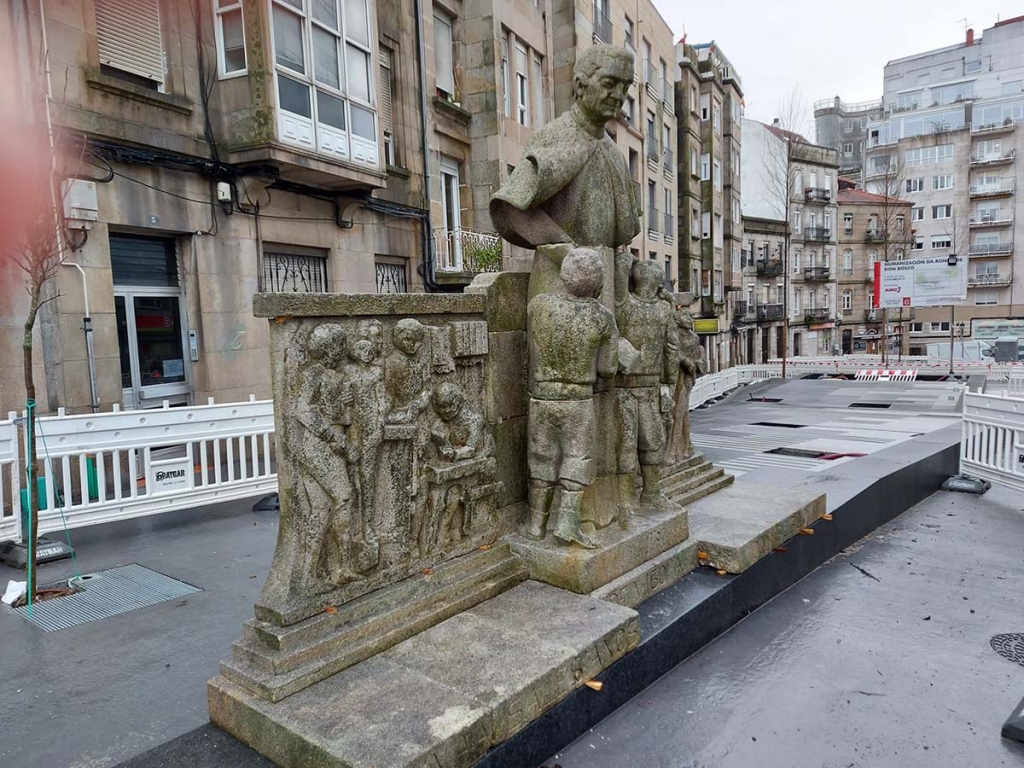 Vigo, Spain - January 2021 - After a year of renovations of the “Ronda Don Bosco” street in Vigo, the sculpture of Don Bosco was relocated in front of the church of Mary Help of Christians, a few meters from its original position. Built on the initiative of the Past Pupils of Vigo and inaugurated on March 27, 1966, the monument is now located at the beginning of the road, thus having greater visibility, but locals shall have to wait for the end of the road work to get a general overview. The work is by the sculptor Camilo Nogueira (1904-1982), from Vigo, and is centered on Don Bosco who is approached by two children with a horizontal frieze representing all the young people of Vigo, happy to be with their friend. The sculpture will continue to have a leading role in the Galician city for what it represents: the gratitude of the Past Pupils and the commitment to the education of the youth.