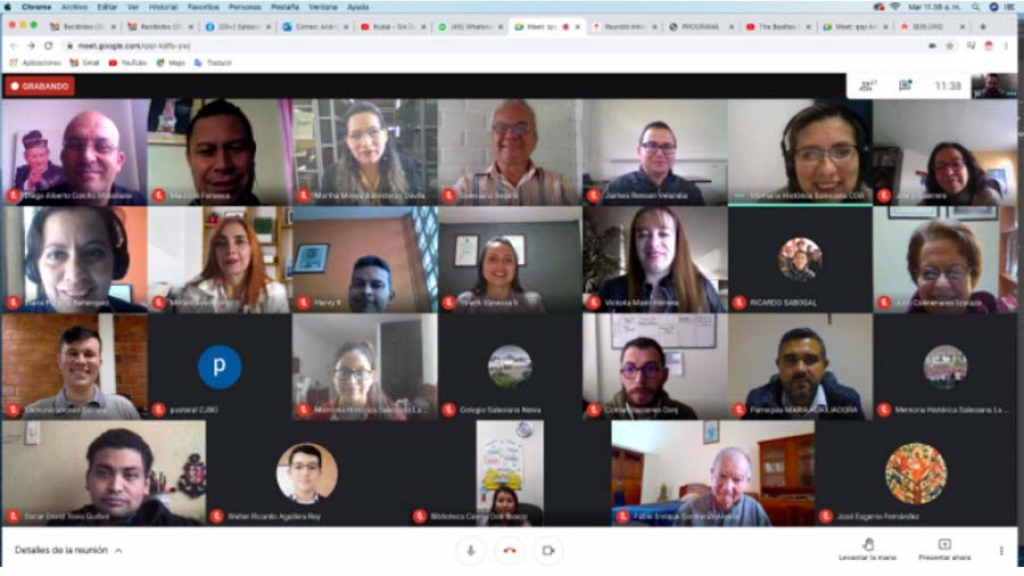 Bogotá, Colombia - February 2021 - The first annual meeting on the Salesian Historical Memory of the Colombia-Bogotá Province (COB) was held on 23 February, in which various representatives and members of the local teams took part. The meeting was based on three objectives: to conduct research in relation to the process inherent in the Salesian Provincial Historical Memory; socialize the 2021-2026 program and the 2021 programming; reach agreements that allow the development of the synergies necessary to achieve the set objectives. From this meeting plans are to resume the process with each of the Salesian presences to organize the visits of animation, to conclude the tasks and commitments of the previous year, to take care of the significant activities to achieve the general objective of the Provincial Service. In addition, it is hoped that for the new six-year term, a path of strengthening ties will be initiated with the Communications Delegation of the COB Province and with the local teams.