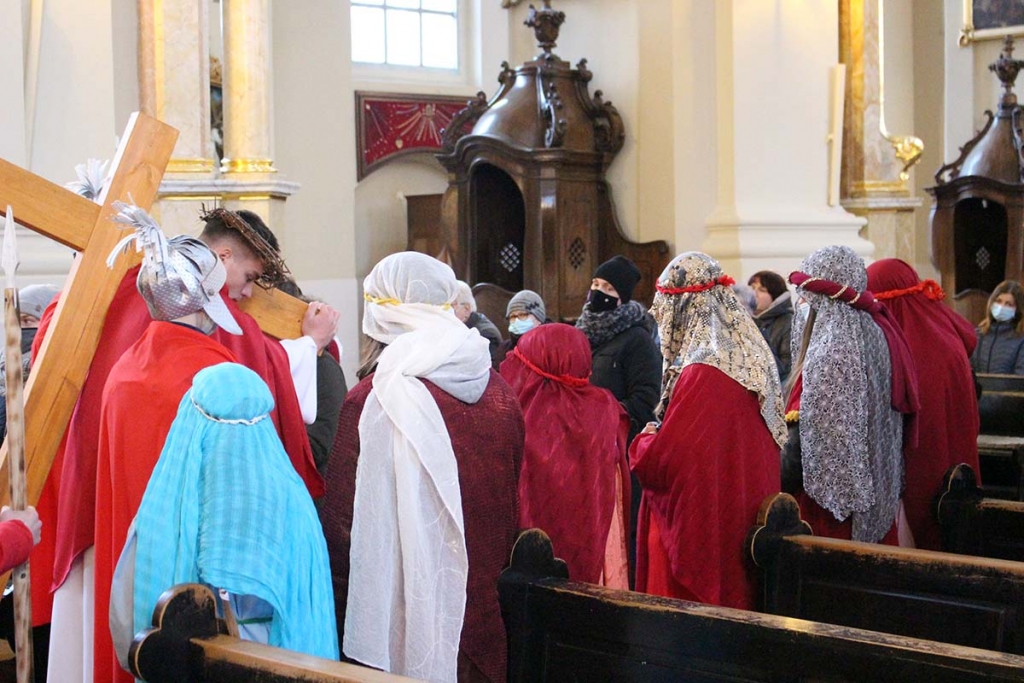 Różanystok, Poland - March 2021 - A special Way of the Cross took place in the Shrine of Our Lady of Różanystok, prepared in the form of a passion play staged by the children and young people of the Salesian oratory dedicated to Saint Dominic Savio in Różanystok. The young artists interpreted the historical characters of the Via Crucis and accompanied the fourteen stations with songs. Each station was accompanied by a short biblical meditation enriched by songs performed by the “Schola” of Różanystok. The preparation was handled by the FMA, by the animators, by the head of the oratory, as well as by the Schola and its tutors. Parents and other people were also involved in the preparation, especially as regards the costumes and decorations.