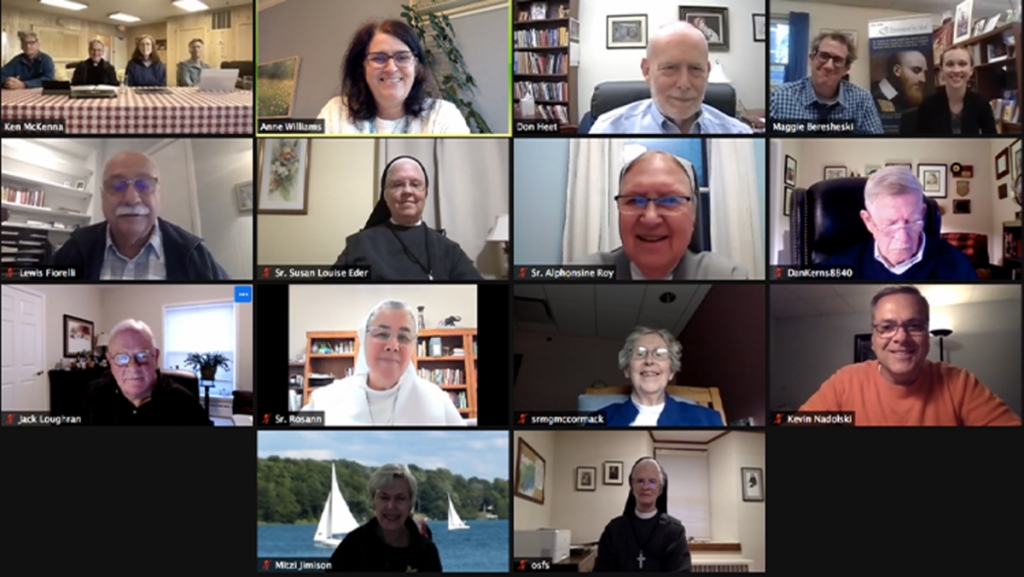 New York, United States - April 2021 - On April 12 and 13, the "North American Salesian Network" (NASN) held its annual meeting on the Zoom platform and, in attendance, at the retreat center “DeSales” in Brooklyn, MI. The “NASN” brings together organizations that share the spirituality of St. Francis de Sales and are part of it, for the Salesian Family, the Provinces of the Salesians and the Daughters of Mary Help of Christians, the three provinces of the Salesian Cooperators and the Volunteers with Don Bosco. In recent years, the "NASN" has been working towards the 400th anniversary of the death of St. Francis de Sales, to be celebrated in 2022, to draw attention to his spirituality and apostolic activity. On the initiative of Fr Joe Boenzi and the "NASN", a request, signed by the Rector Major of the Salesians of Don Bosco, Fr Ángel Fernández Artime, and by the generals of OSFS and MSFS on behalf of each organization, was presented to Pope Francis asking him to write an apostolic letter for the anniversary.