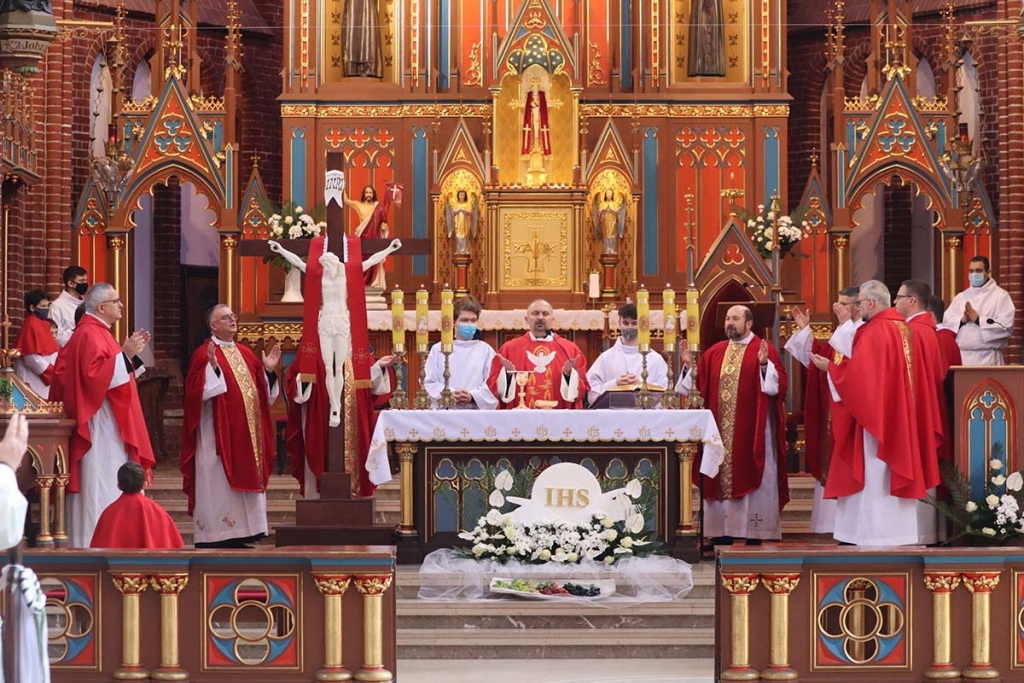 Wrocław, Poland - May 2021 - The Extraordinary Visitation to the Salesian Province of Wrocław (PLO), conducted in the name of the Rector Major by Fr Roman Jachimowicz, Councilor for the Central and Northern Europe Region, ended on 1 May. In the Salesian parish of St. Michael the Archangel in Wrocław, in the structures of the old gymnasium, the Provincial Councilors, the Directors of the communities and all the Salesians in charge of the works met. The fruits of the Extraordinary Visitation were summarized, which embraced all the Salesian presences in the Province. The meeting began with the Eucharist presided over by the Councilor, who in his homily highlighted the value of Salesian service in the Province and of beautifully animated works. After the Eucharist, the summary meeting of the Extraordinary Visitation took place at the Salesian school, in compliance with health regulations. Fr Jachimowicz presented his observations regarding Salesian efforts in the works where the Salesians of the PLO Province are present. The participants also had the opportunity to ask questions and discuss projects concerning the future of the Province. The meeting made it possible to draw some conclusions that facilitate the educational and evangelical work in the Province.