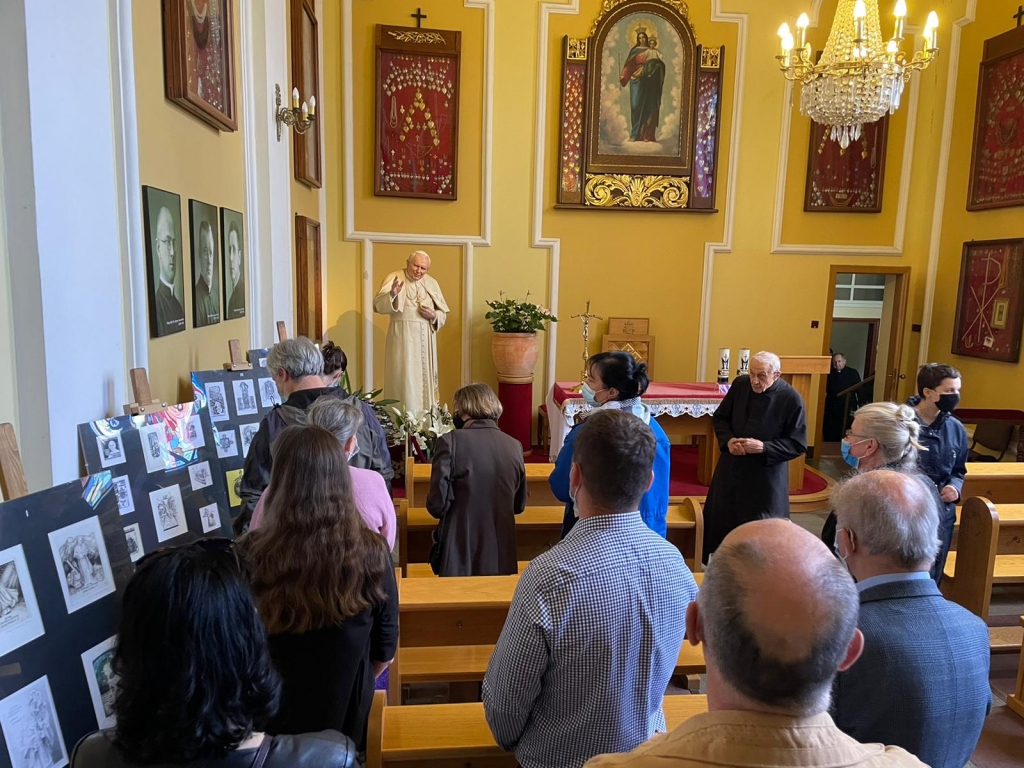 Krakow, Poland - June 2021 - On the occasion of the 101st anniversary of the birth of Saint John Paul II, the Ex-Libris International Exhibition was presented at the chapel of Mary Help of Christians of the Salesian church of St. Stanislaus Kostka in Krakow-Dębniki on 13, 20 and 27 June. Among the authors of the works presented is Salesian Fr Ignacy Ryndzionek, born in 1932, from the theological community of Krakow. The exhibition presented a wide selection of thousands of existing ex libris from all over the world, starting with the first, and only sample, made in 1969 for card. Karol Wojtyła, before his election to the Papacy, by Tyrsus Wenhrynowicz. Emblematic is the place of the exhibition, the chapel of Mary Help of Christians, with the picture of the Help of Christians in front of which John Paul II prayed for his priestly vocation, and where there is now a life-sized statue representing him made by the brothers Fathers Robert and Leszek Kruczek, Salesians. There are also portraits of Salesian priests, martyrs of the Second World War, contemporaries of Saint John Paul II.