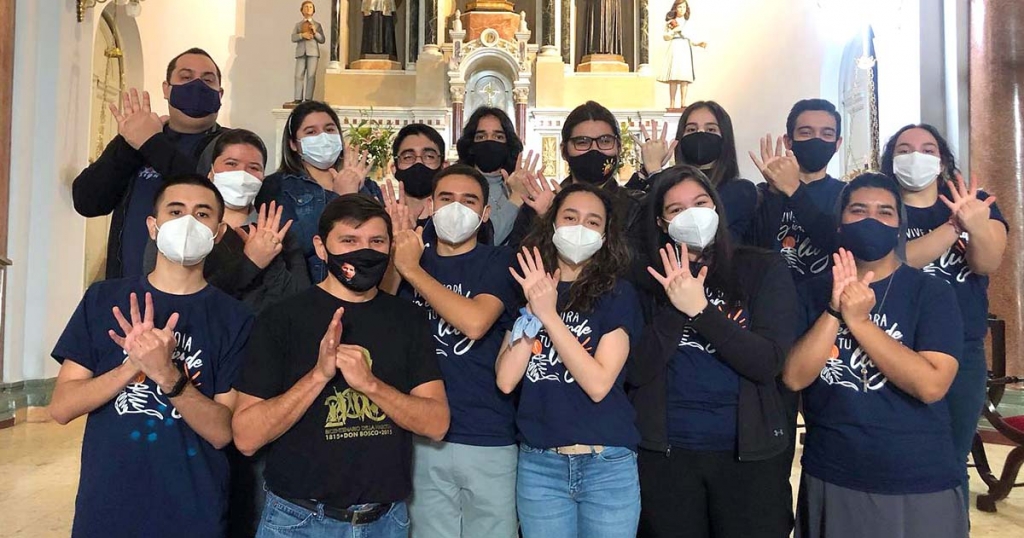 Paraguay - July 2021 - "Live now and turn on your light" was the theme of the National Meeting of the Movement of Salesian Student Leaders (MLES, in Spanish). The virtual meeting began on 2 July with an allegory recorded and interpreted by the youth of the movement and transmitted through the "MLES" Facebook page. Subsequently, the National Councilors, Fr Wilfrido Báez, SDB, and Sr. Ángeles Medina, FMA, and the members of the National Coordination welcomed the participants. The second day began with Sister Medina's "good morning", and continued with a moment of reflection led by Salesian Brother Richard Duarte and then with the development of the formative themes "Life of the MLES" and "Animate with your Light". On Sunday 4 July, Fr Mario Villalba, Provincial of Paraguay (PAR), presided at the concluding Eucharist, in which he exhorted young people to "be light in the society in which we live", to be protagonists of the changes in the world, to have courage and denounce injustices, and give a voice to the poor and marginalized.