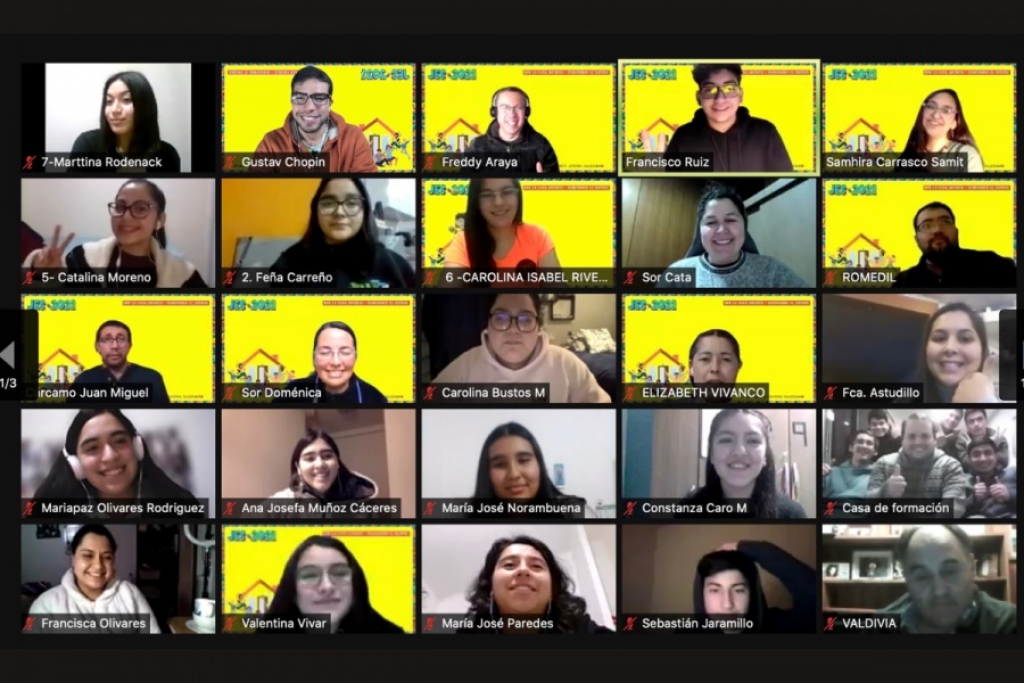 Santiago, Chile - 7 August 2021 - Under the motto "With an open house, let's renew the Kairos", more than 80 young animators from the different communities of the Salesian Youth Movement (SYM) of Chile met online on Saturday 7 August to live the sixth edition of the Salesian Spirituality Day. It centered on the document of the Ecclesial Assembly of Latin America and the Caribbean. The day included a space for prayer led by the Salesian aspirantate and pre-novitiate community, followed by a presentation of the theme and finally by work in small groups, with the young participants debating on two of the 14 themes proposed by the ecclesial assembly, such as: violence in society, post-pandemic poverty, young people as social actors and managers of culture, women and their participation in society and in the Church ... The day ended with a plenary assembly to share what emerged in the individual groups. They plan to draw up a final document with recommendations to be sent to the Latin American Ecclesial Assembly to be held next November.