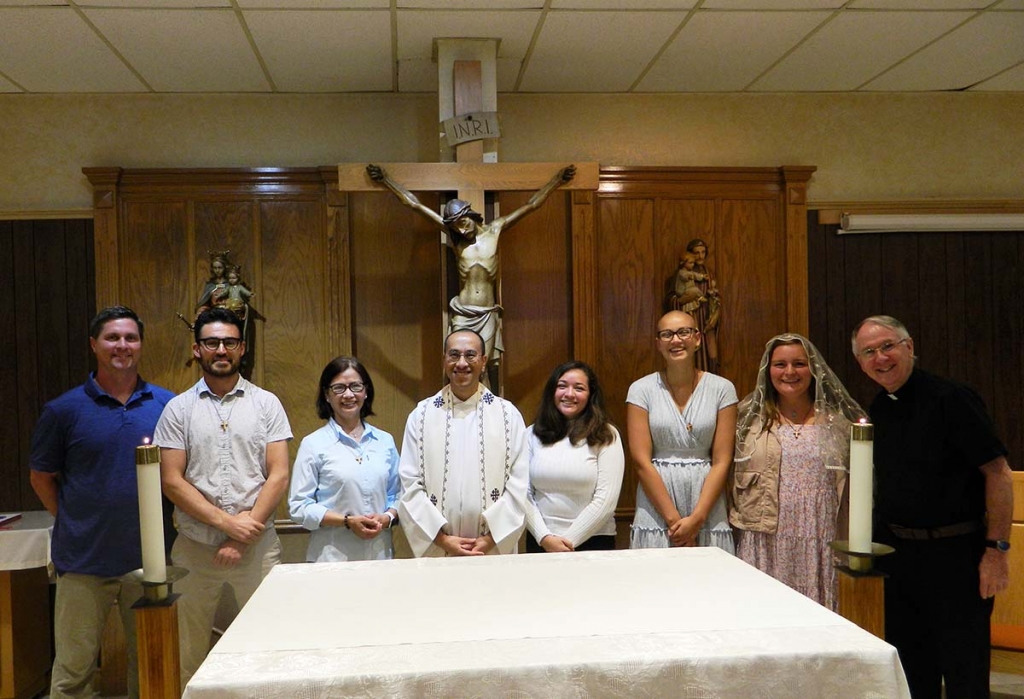 Haverstraw, United States – August 2021 - The Salesians of the New Rochelle Province commissioned five Salesian Lay Missioners at a prayer service on August 20 as they concluded six days of retreat at Don Bosco Retreat Center in Haverstraw, N.Y. Vice Provincial Fr. Dominic Tran presided at the service, at which 35 Salesians also on retreat assisted. Three of the five will be missioned to Hogar Maria Auxiliadora, a girls’ orphanage in Cochabamba, Bolivia: Hannah Mercado of California, Grace Mosher of Connecticut, and Olivia Wyles of Ohio. Two will be missioned to the Salesian work in Wau, South Sudan: John Funk of California and Teresa Hoang of Virginia. Except Ms. Hoang, a widow, all are recent college graduates. They will be joining one or more SLMs already at their sites, who will help them with their transitions. All of the new missioners are still in the process of securing the necessary visas. They spent one week of orientation at St. John Bosco Parish in Port Chester, N.Y., and one week on retreat, under the leadership of program director Adam Rudin and Fr. Tom Brennan of Salesian Missions, New Rochelle.  Ordinarily, orientation would take 3 weeks, but because of Covid this year’s was curtailed.