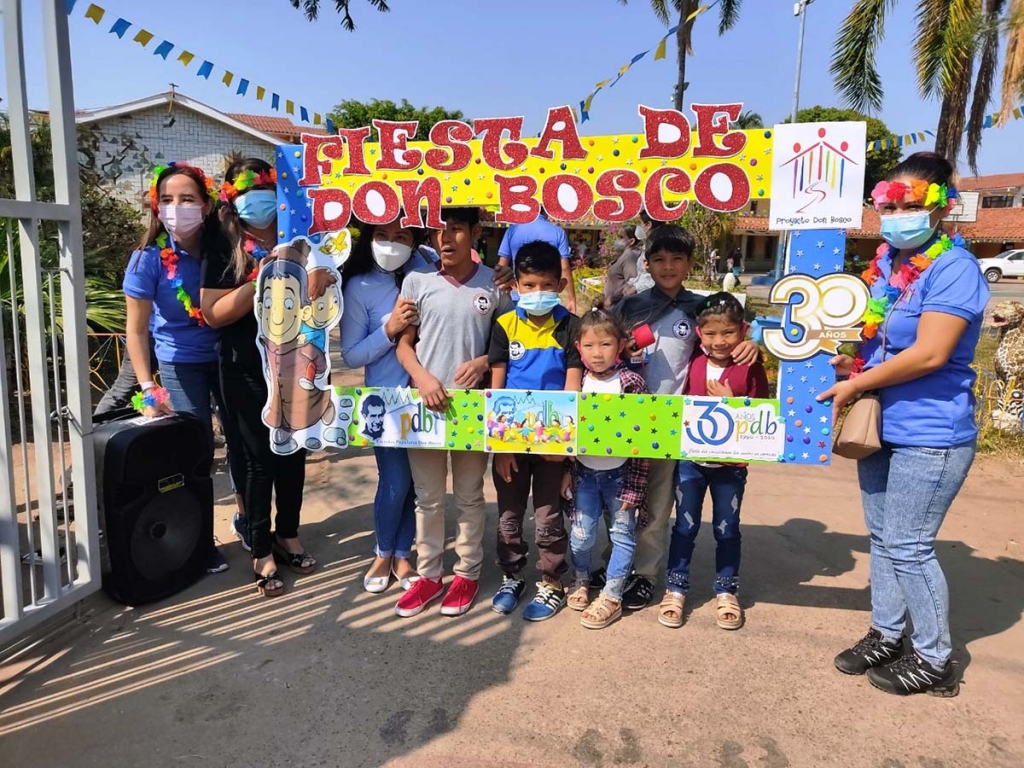 Santa Cruz, Bolivia - August 2021 – On 15 August, Mgr. Sergio Gualberti, Archbishop of Santa Cruz, presided the Eucharist for the 30th anniversary of the "Proyecto Don Bosco" (PDB) and 125 years of Salesian presence in Bolivia. The mass was concelebrated by Fr Octavio Sabbadin SDB, the founder of the work and Episcopal Delegate of the Works of Social Service of the Church, Fr Luciano Voltán SDB, Director General of the "PDB", and Fr José María Zambrana SDB, Vicar and responsible of the PDB Pastoral Care. The "Proyecto Don Bosco" is an educational community that promotes and protects the rights of children, adolescents and young people, preferably those who are in situations of high social risk, so that they can carry out their life project and be good Christians and honest citizens. The project is on going in three centers located in the city of Santa Cruz de la Sierra: the "Hogar Don Bosco", the "Mano Amiga" shelter and the "Centro Barrio Juvenil Don Bosco".