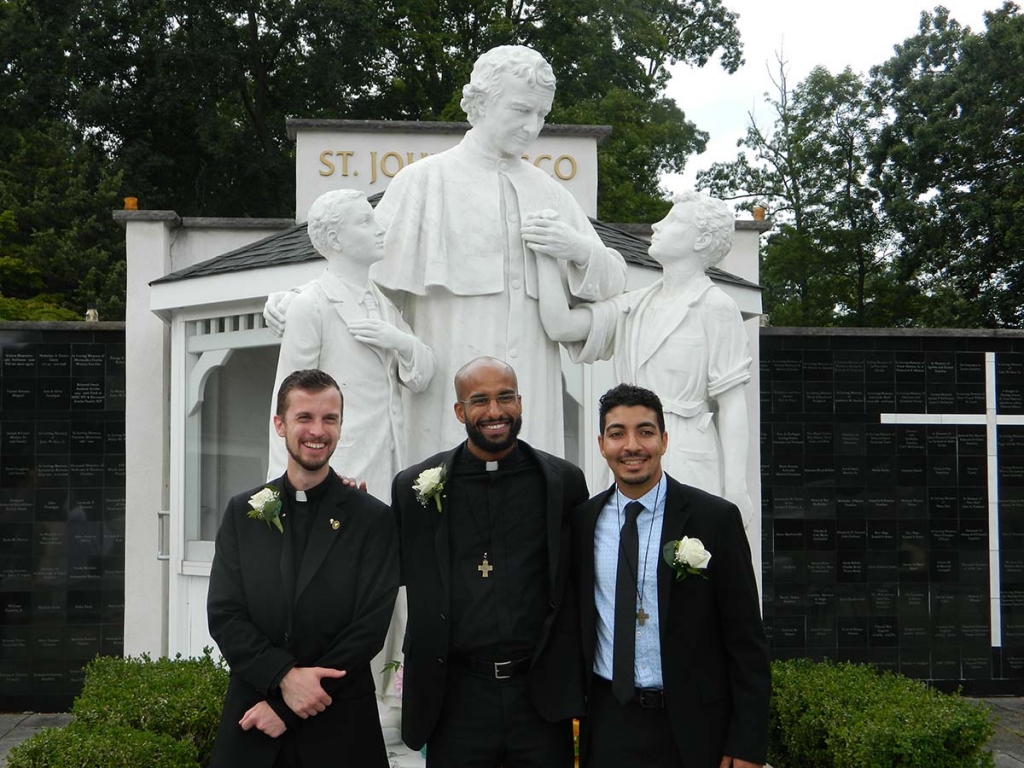 New Rochelle, N.Y. – August 21, 2021 – Bros. Branden Gordon, Joshua Sciullo, and Rafael Vargas made their perpetual profession as Salesians of Don Bosco on Saturday, August 21, at the Marian Shrine in Haverstraw, N.Y.
Fr. Timothy Zak, provincial, received their vows. About 100 people took part in the Mass of Religious Profession: Salesians, other members of the Salesian Family, members of the brothers’ families, and other friends of the professing brothers.
Bros. Gordon and Sciullo are studying theology in preparation for ordination. Bro. Vargas is a coadjutor brother.

Bro. Branden Gordon, 34, is from Toronto, Ont. He discerned his vocation with the help of the Salesians of St. Benedict’s Parish there. He made his first profession on August 16, 2015.
Bro. Joshua Sciullo, 28, is from Jacksonville, Fla., found the Salesians in an online search, and entered after a Come and See visit to the formation community in Orange, N.J. He made his first profession on August 16, 2015.
Bro. Rafael Vargas, 29, is from Fair Lawn, N.J., and attended Don Bosco Prep in Ramsey, N.J., “immersed in the Salesian charism.” He made his first profession on August 16, 2014.
In his homily, Fr. Zak commented that these three Salesians are making a radical commitment to working for others. Christians need each other; no one can follow Christ by himself. These brothers are offering their lives entirely to God by giving themselves to others. They make their self-giving as a response to God’s gifts to them, starting with the covenant that he made with them in Baptism. We are all in the same boat of the Church together and depend upon one another in union with Christ.