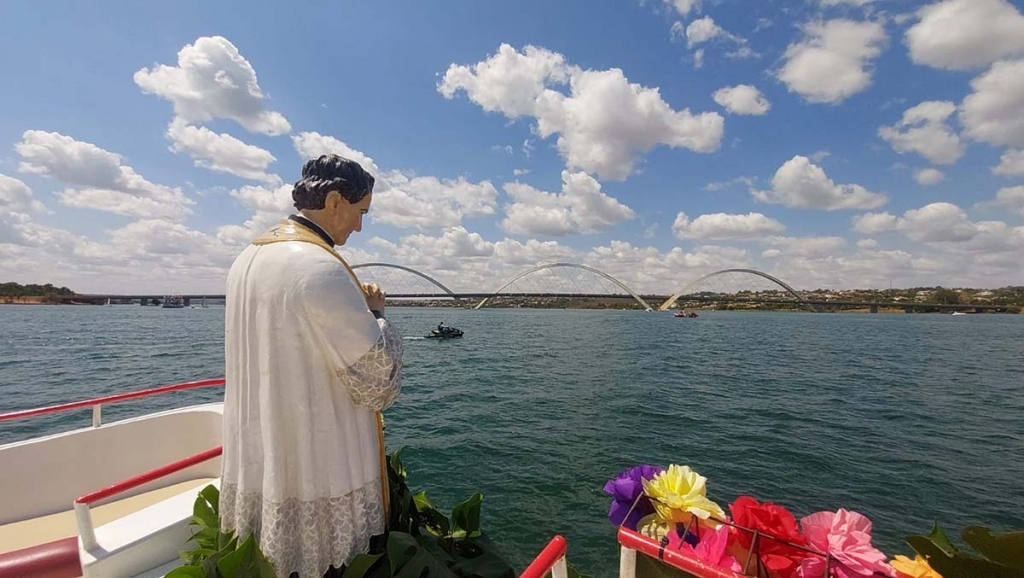 Brasilia, Brazil - The capital of Brazil has a very close relationship with the Salesians. In 1883 Don Bosco had the vision that a new and revolutionary civilization would be born on the shores of a lake in the place where Brasilia was later built. On 29 August, 2021, to commemorate the birthday of the patron saint of the city, the Salesian presence - in collaboration with the Secretariat of Tourism of the Federal District - organized the traditional feast day of Don Bosco. The event began in the morning with a car procession from the Shrine to the Don Bosco chapel, in Lago Sul, with the participation of Fr Natale Vitali, Belo Horizonte Provincial (BBH), the Salesian community of Brasilia, many young people and parishioners. Subsequently, Archbishop Paulo Cezar presided over the Eucharistic celebration. Then, after 10 years, the Don Bosco traditional nautical procession resumed with the presence of about 30 boats. Don Bosco's image and relic blessed the people and cities of Brasilia, calling for better times for the federal capital.