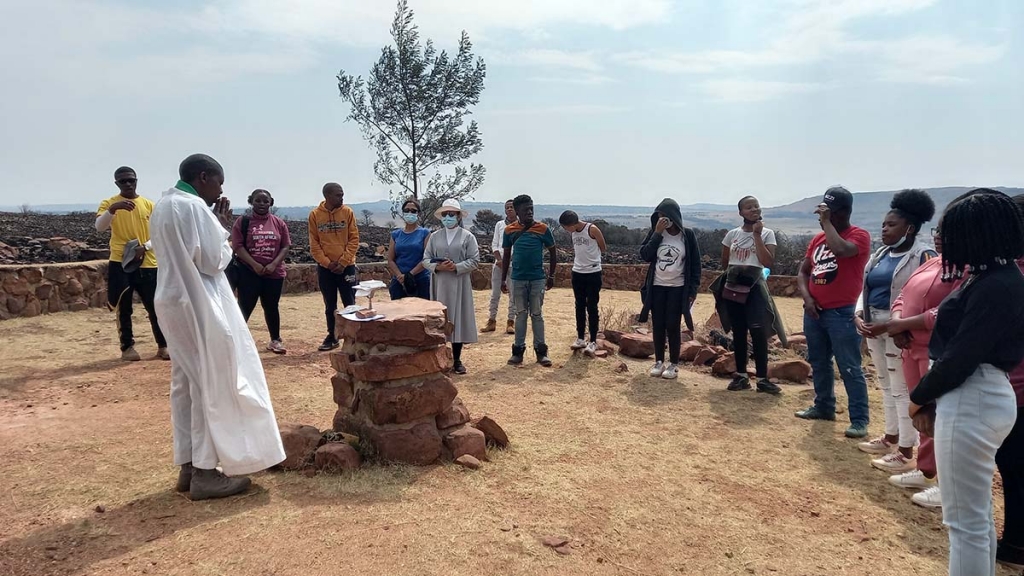 Johannesburg, South Africa - September 2021 - As part of the "Season of Creation", announced by Pope Francis from 1st September to 4th October, the team of the Salesian Youth Movement (SYM) of Johannesburg organized an excursion and retreat in the splendid setting of the “Bosco Youth Center” on 4th September. Participants were able to pray and reflect on the practical ways in which they can become environmentally responsible citizens by reducing the consumption of water, meat and plastic, and engaging in separate collection in their communities. The day ended with Mass presided over by Fr Lingoane Tlaile, Delegate for Youth Ministry of the Vice Province of Southern Africa (AFM).