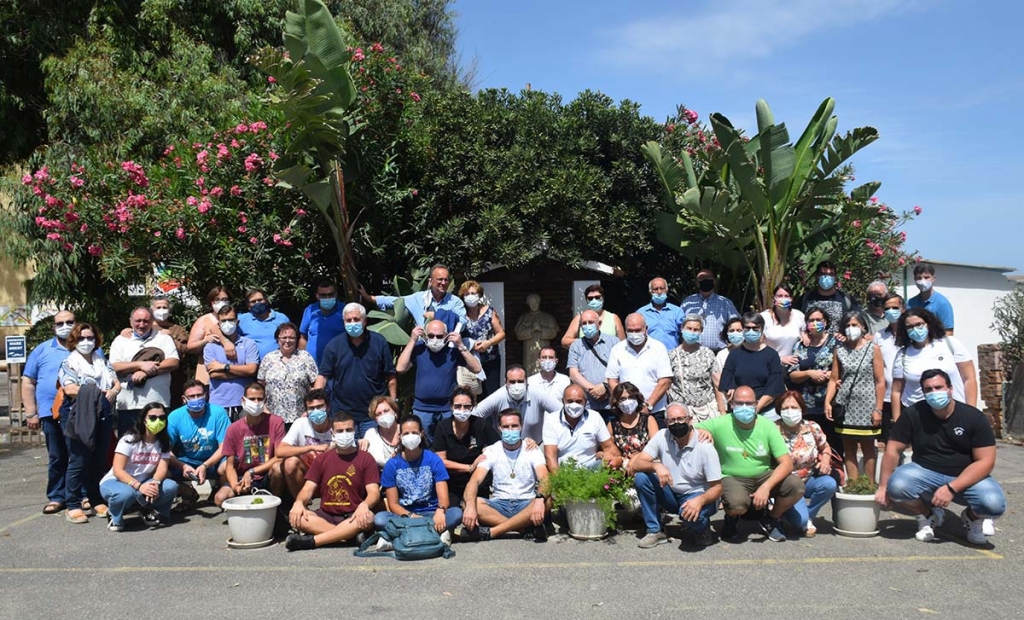 Catania, Italy - September 2021 - From 3 to 5 September, at the "Colonia Don Bosco" (The Don Bosco’s Colony) in Catania, the “Family Camp” of the Salesians of the Sicily Province (ISI) was held. For the fourth year in a row, the families of some Salesians had the opportunity to interact with each other and with the Salesians. Then two formative moments were organised, starting from the figure of Saint Joseph: the first led by Antonino Solarino and Rosaria Perricone, Salesian Cooperators of Ragusa; the second was conducted by Fr Giovanni D'Andrea, the provincial of ISI, who, referring to his own experience, gave the listeners a series of key words that summarized the concept of paternity in consecrated and/or priestly life: attentive love, affection, not being “candy-sweet” all the time. The Family Camp then moved into moments of group discussions, fraternal sharing, "Salesian good nights", leisure time and an Eucharistic celebrations. There were also special moments of prayer, the blessings of the fathers, the renewal of marriage vows for two couples, commemoration of the deceased family members and the renewal of the religious profession of 9 young Salesians.