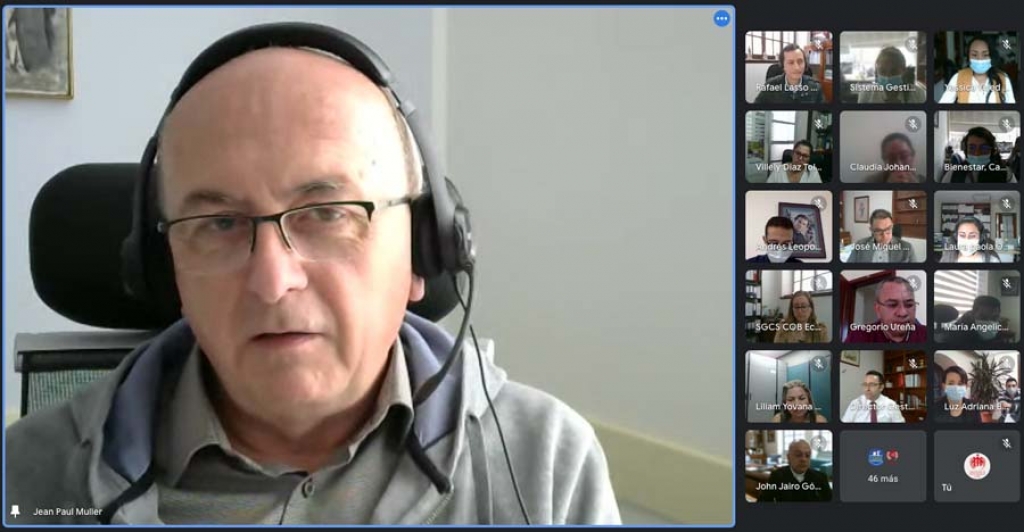 Rome, RMG - October 2021 - The economic management meeting of the Salesian Province of Colombia-Bogotá (COB) took place from 11 to 13 October, and was chaired by the Economer General of the Salesian Congregation, Salesian Brother Jean Paul Muller. On the morning of 12 October, the Economer General motivated the staff in charge of the administration of the COB Province’s resources to walk with centrality in the mission and in the criterion of service. During these meetings, the active participation of Fr John Jairo Gómez, COB Provincial, and the executive team led by the Provincial Economer Fr Rafael Andrés Lasso, was considerable and much appreciated.