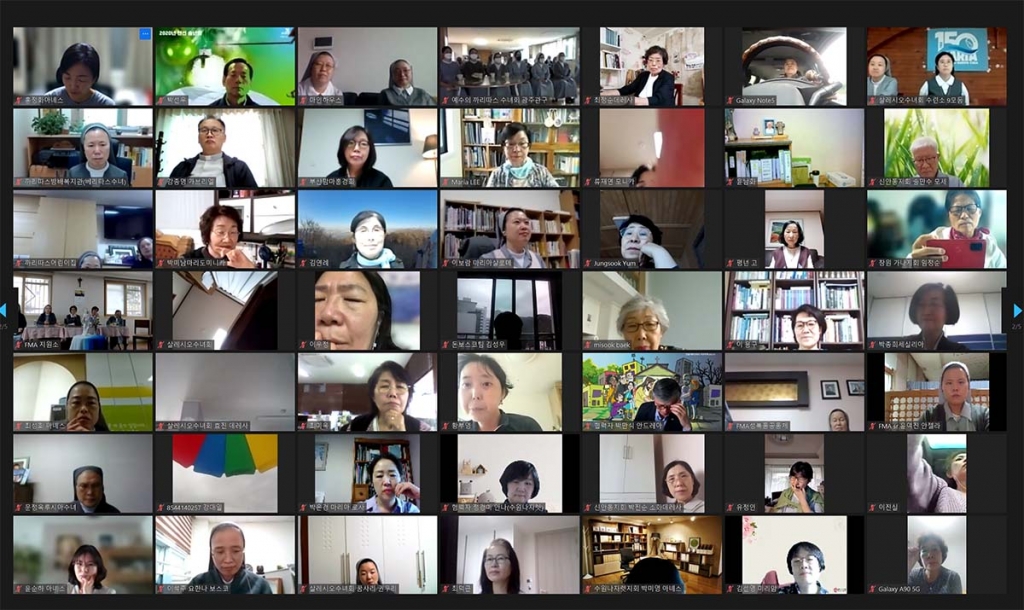 Seoul, South Korea - October 2021 - On October 16, the Spirituality Day of the Salesian Family (SF) of South Korea took place in digital mode on the theme of the Strenna 2021 of the Rector Major, Fr Ángel Fernández Artime: " Moved by hope ". The event was attended by 256 users on the online platform, while the different groups of the Salesian Family gathered in their own centers. The total number of participants in real-time was over 350, thanks to the 10 largest groups of religious and Salesian Cooperators gathered around large screens. Fr Benedict Baek, SDB, Delegate for the SF of the South Korea Province (KOR), with a team of members of the SF, organized the Day, which was opened by the Provincial Coordinator, Choi Won-cheol, with the reading of the “Identity Charter” of the Salesian Family. Then there was the intervention of Fr Henry Wu, with a reflection on the theme "The way to reach hope together", and a moment of sharing. Fr Timothy Choi Won Cheol, Provincial of KOR province, presided over the concluding Eucharistic celebration, during which he invited the participants to be a Salesian Family that gives joy to many people and young people.