India - Concert in memory of the Salesian Fr Luigi Jellici 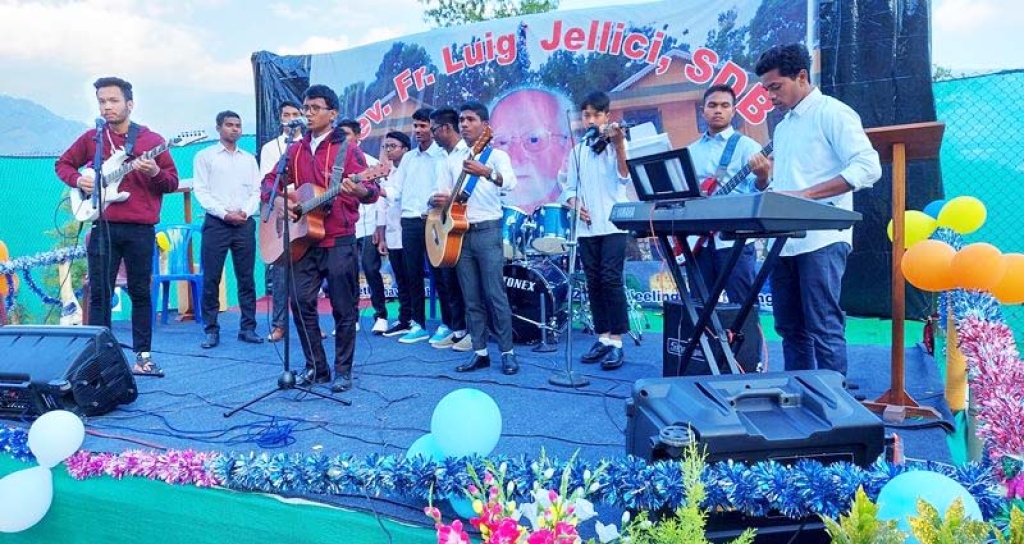 Dhajea, India - November 2021 – On November 28, a rural village in the hills of Darjeeling organized a concert with orchestra and cultural dances in memory of the Salesian missionary Fr Luigi Jellici, the founder of two missions at "Dhajea Busty" (launched in the 90s), and “Don Bosco Mirik” (in 1995). The concert took place in the Salesian novitiate “Nazareth Bhavan” to showcase the talents of young people in collaboration with nine Salesian novices. Two colleagues of the missionary Fr Luigi Jellici: Fr Samuel Lepcha, Vicar General of the Darjeeling-Sikkim diocese, and Fr George Thadathil, SDB, Dean of the Siliguri/Sonada Salesian College were present. Born in Tesero in the province of Trento, in north-eastern Italy, Fr Jellici arrived in India in 1932. He was an organist and choirmaster in the cathedral of "Our Lady of the Most Holy Rosary" in Calcutta for 17 years. He then transferred to the Salesian Institute of Sonada, where he remained for 29 years. In 1992 he was transferred to the “Don Bosco” church in Mirik, where he worked for another 17 years. When Fr Jellici took over the pastoral care of the Balasun valley, there were only 5 Catholic families in the area. When he died, at the age of 94, in 2009, the mission had 24 Mass centers, established Parishes in Sonada and Mirik, and a quasi-parish in Dhajea, with over 400 Catholic families.