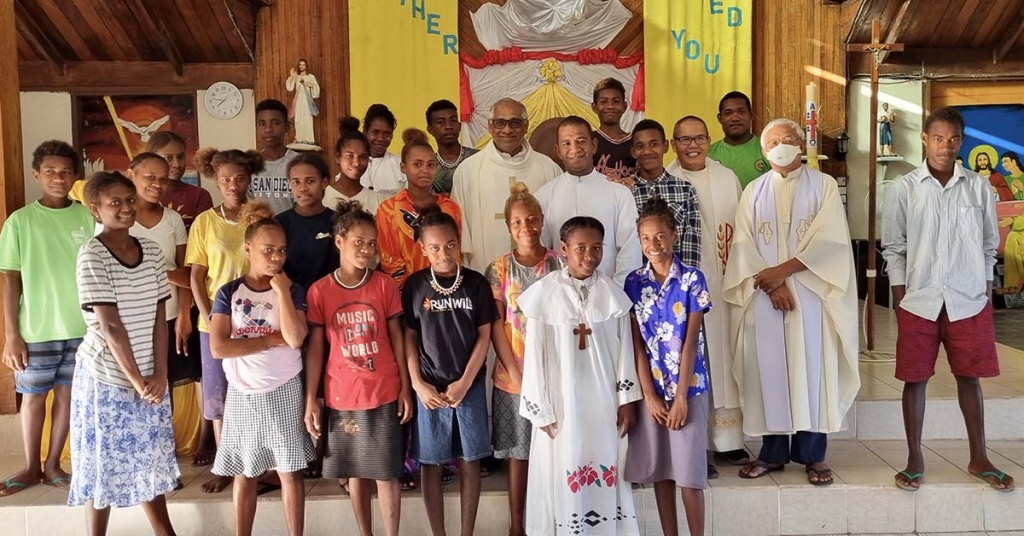 Tetere, Solomon Islands - May 2022 - More than 150 young people from "Christ the King" parish in Tetere gathered May 6-8 for a weekend of youth celebrations organized by the parish. The program began with a solemn Mass on the feast day of St. Dominic Savio, May 6, presided over by parish priest Fr Robinson Parappilly, SDB. In his homily, he urged young people to become saints like Dominic Savio. The meetings on Salesian Youth Spirituality were presented by Fr Parappilly, who explained to the youth what it means to be a Synodal Church, participation, communion, and mission. He then opened a discussion on the roles of young people in the Church, which was followed by a forum in which young people expressed their opinions. In the end, there was the election of the executive members of the Salesian Youth Movement (SYM) who will lead and animate the youth for the next three years. On Prayer Sunday for Vocations, the Youth Mass was celebrated, during which a special prayer was made for more vocations to priestly and religious life. There were moments of prayer, interactions, and prompts, and the youth also had the opportunity for confession and reconciliation.