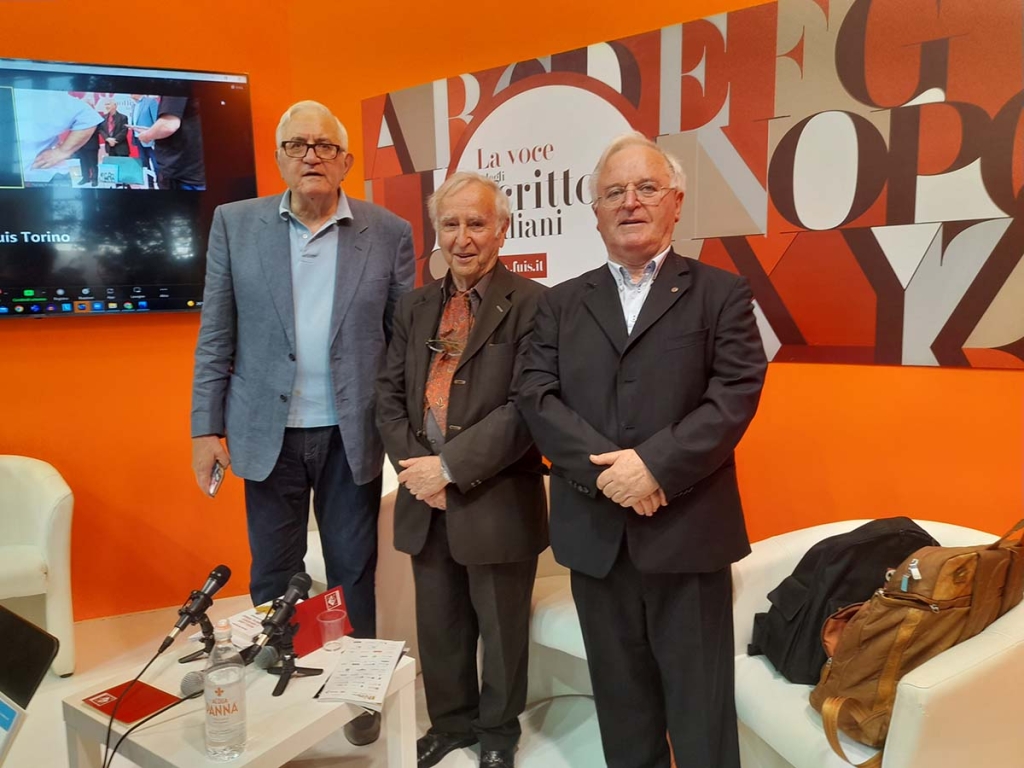 Turin, Italy - May 2022 - On the opening day of the XXXIV edition of the International Book Fair in Turin, May 19, the figure of Don Bosco in the triple dimension - historical, dreamer, traveler - 134 years after his death- drew the attention of the audience present and scores of Italian writers via streaming. The occasion was the presentation of the book "Magellano e don Bosco intorno al mondo. La memoria dei luoghi  - Magellan and Don Bosco around the World. The memory of places (Turin, elledici 2020). The author, Nicola Bottiglieri, the president of FUIS, Natale Antonio Rossi, and the volume's promoter, Fr. Francesco Motto, spoke about it at the booth of the Federazione Unitaria Italiana Scrittori, or FIUS, an Italian Writers Federation. During the conversation, there was no shortage of long-distance questions, particularly on the "enigma" of Don Bosco's "prophetic" dreams, which were answered exhaustively. The volume, also published in Spanish by the Salesian publisher in Buenos Aires, is generating much interest during this triennium of Magellan celebrations.