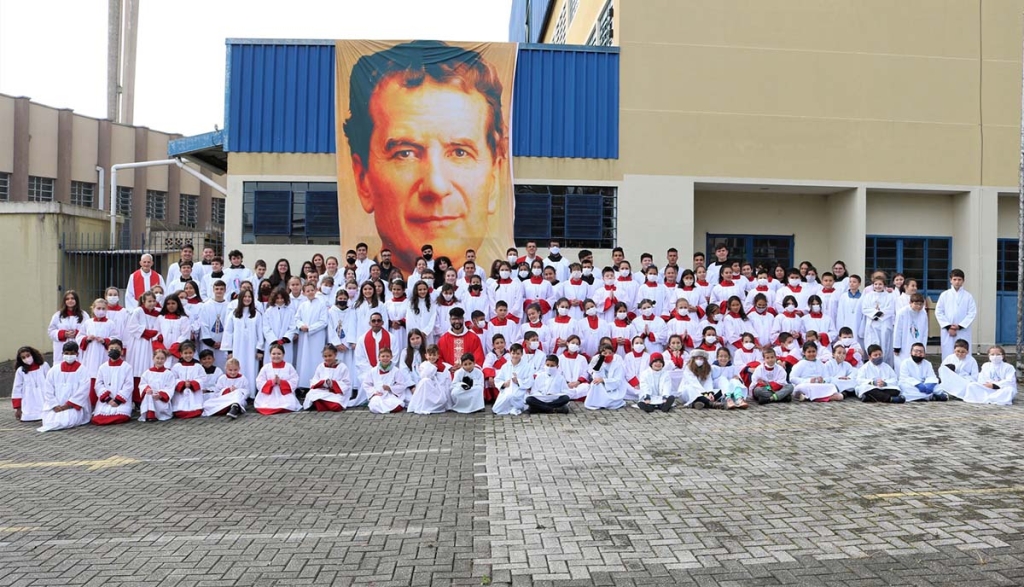 Brazil - June 2022 - The Salesian Province "St. Pius X" of Porto Alegre (BPA) brought together in two meetings more than 300 altar servers and acolytes of the works in the South of Brazil, coming from different states of the country. In Paraná, the meeting was held on June 11 at the "São Cristóvão" parish in Curitiba and brought together altar servers from Ponta Grossa, Guarapuava and Curitiba. In Santa Catarina, the meeting was held on June 18 at the "Dom Bosco Educational Center," in Joinville, with participants from Itajaí, Massaranduba, and Joinville. Motivated by Don Bosco's spirituality, the young people were protagonists of great moments of joy and devotion, with games, oratorian activities, workshops, Mass, and Eucharistic adoration.