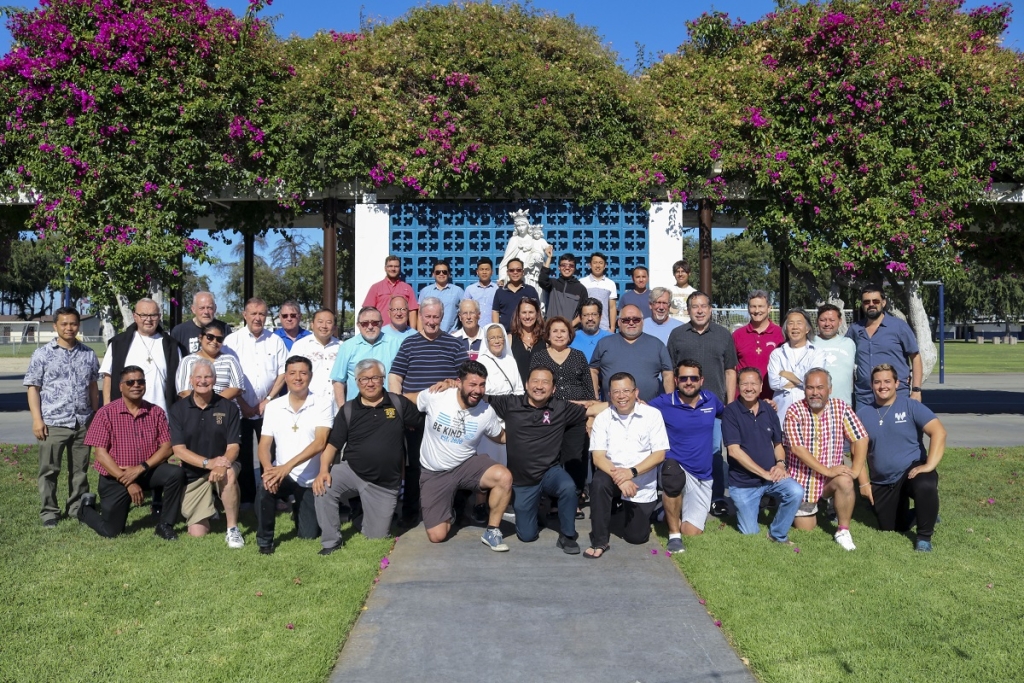 Bellflower, United States – June 2022 - Under the theme: “For you we study, for you we work, and for you we give our lives”, from June 19-24, the Salesian Province (St. Andrew the Apostle) of USA West convened its Provincial Chapter with 26 Chapter members along with 20 laity and youth. Reminded by General Chapters 27 and 28 that “the young are our burning bush” and trusting in the Holy Spirit who speaks to us through the young, the Provincial Chapter began with a panel of youth, youth animators, and young Salesians; each sharing the realities they face which offered the Chapter assembly insights and perspectives in order to proceed with work of the Chapter.

The young people expressed not only their desires and aspirations for belonging and community experience, but also invited the Salesians to a greater presence in their lives—inviting the Salesians to accompany them and also their families. The young people asked for greater inclusion in opportunities to be at the table to help make decisions and allow their voices to be heard. They shared that they want Salesian formation in order to better serve and minister their peers, especially in helping them understand better how to live out their faith. The young people challenged the Chapter members to be brave and address the various social issues that impact the young in the province like identity, mental health, racism, the role of women in society and the Church, immigration, sexuality and LGBTQ, to name a few.

Inspired by the voice of the young and taking to heart their concerns, the Chapter members, along with the lay guests, began the work of the Chapter. As the assembly worked on reviewing how the province was implementing GC 28, it became evident that much work is still needed to be done in order to realize some of the action items presented at the previous Provincial Chapter which was submitted to GC 28.

As the Chapter moved through the week working on articulating the Province Organic Plan (POP) for the next six years, it was confronted with whether or not the province was moving with the signs of the times, recognizing the change in the needs, culture and traditions of the Western United States or was the province in a place of stagnant comfortability. With the prodding of the Holy Spirit, the Chapter asserted that there was still hope even among the paramount struggles and expressed with simplicity a desire to keep moving forward; embracing the call to trust in Divine Providence.

In light of understanding the socio-cultural and educative realities of the young and the families of the province, and the personnel and the resources available, the Chapter committed to making the priority to “strengthen and renew the Salesian Mission”; in particular our Salesian charismatic identity; formation for and in mission, in particular with the laity; creating processes for accountability to the structures of pastoral planning; and more importantly, the work of animating vocations, especially accompanying young people to consider Salesian consecrated life as an option to serve. These would serve as the main areas of focus in order to begin to renew the province.

Now that the Provincial Chapter has concluded, the arduous task is to share the results of the Chapter with the entire province and set into motion the next steps of the renewal process, which includes redimensioning our presences in the province. In his final words, the provincial, Fr. Mel Trinidad, called on the Chapter assembly to continue to work in the same spirit of cooperation, synodality, and dialogue leading up to the Provincial Chapter. In this way, the hope that the province desires may be realized and that the work shared will be for the greater glory of God and the salvation of souls.