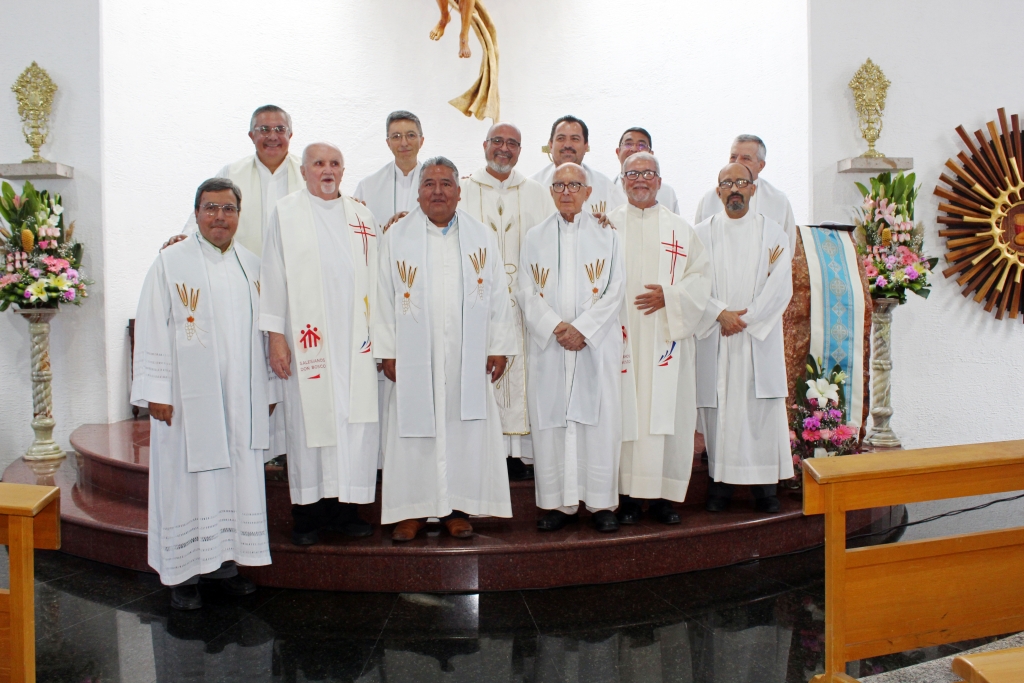 Zapopan, Mexico - August 9, 2022 – Fr. Hugo Orozco, Councilor for the Salesian Interamerica Region, celebrated the 25th anniversary of his priestly ordination on Saturday, August 6. Although the exact date of his anniversary was in March, it was only now that the Regional Councilor was able to celebrate the occasion in the company of some of his ordination and novitiate companions, as well as his family, friends and Salesians from his home Province of Mexico-Guadalajara. "I am a witness of all the good things God has done through a simple man, through the ministry I have received," were some of the words spoken by Fr. Orozco on the occasion. After presiding over a Eucharist in the chapel of the "Anáhuac Chapalita" Institute, of which he is a former student, Fr. Orozco received the best wishes and tributes that Fr. Filiberto González, MEG Provincial, brought him on behalf of all the Salesians of the Province.