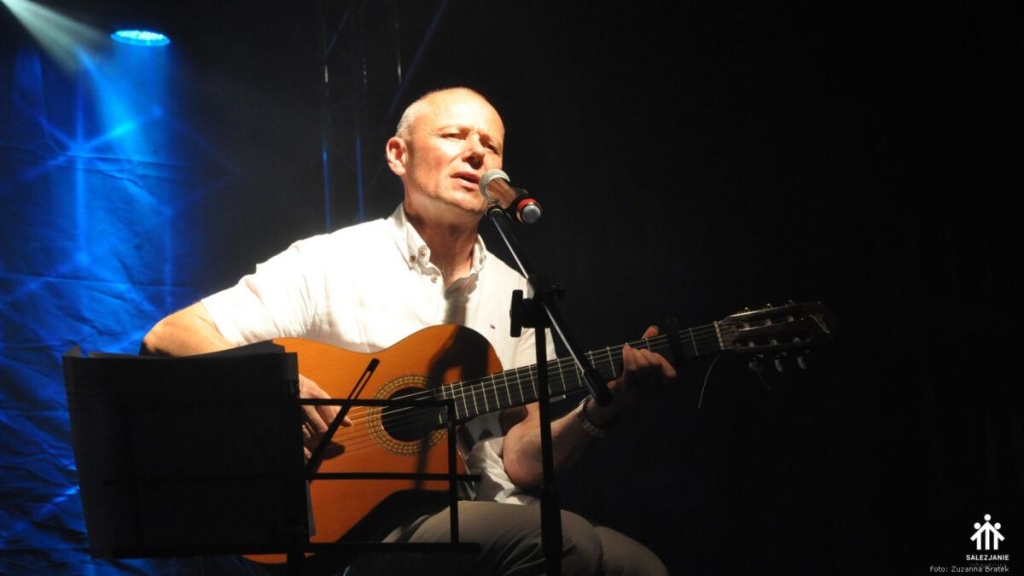 Oświęcim, Poland - August 2022 - The fifth concert of the 2022 season of "Music in the Style of Don Bosco" (in Polish "Boskie Granie"), an event promoted for several years by the rector of the Salesian Institute in Oświęcim, Fr. Dariusz Bartocha SDB, took place on August 5. After the events performed on previous summer Fridays by the groups "Łaska," "Voicesing Studio," the Salesian Youth Orchestra "Sokoły" and the group "Tres Notas," taking the stage was the musician and poet Janusz Saługa, who offered a selection of the author's several hundred compositions included in the nine CDs published so far and the one in preparation. Among the songs sung were both personal creations of the artist and works that were interpreted from poems by various authors.