Egypt - World Executive Council of Past Pupils meet in Cairo 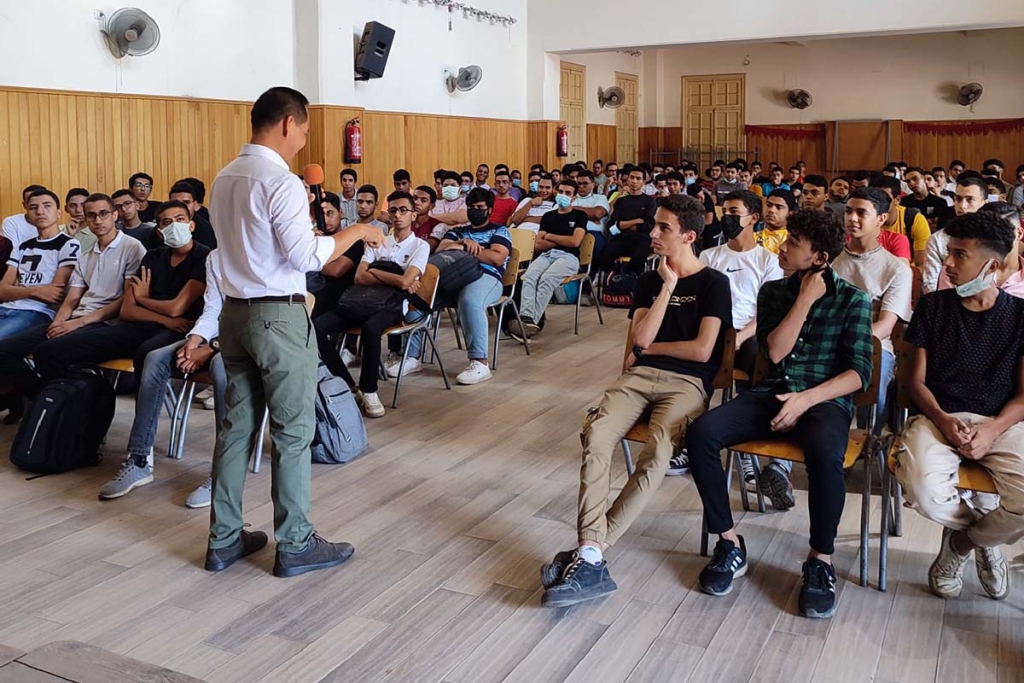 Cairo, Egypt – September 2022 - The Council of the World Confederation of Past Pupils of Don Bosco met in Cairo, Egypt between the 8th and the 11th September. This was the first in person meeting following COVID which was held in the Istituto Salesiano Don Bosco. During the Executive Council, various meetings were planned for next year to continue the animation and implementation of the Strategic Plan which was launched last June.

During their visit to Cairo, the President Mr Bryan Magro, the Secretary General Mr Peter Kovac, and the SDB Delegate Bro Dominic Nam had the opportunity to address over 250 students who are in their last year's in the school. They also met with the young people who attend the Oratory in Cairo. During the meetings with young people, the Council explained the purpose behind the past pupils and friends of Don Bosco organization highlighting the importance of the mission and expression of solidarity with young people in the Salesian way. In Egypt, the past pupils have a local group in the Salesian School in Alexandra. This visit also served as an animation to revive the past pupils association in Cairo in preparation for the centenary anniversary of the Istituto Salesiano Don Bosco in 2026.