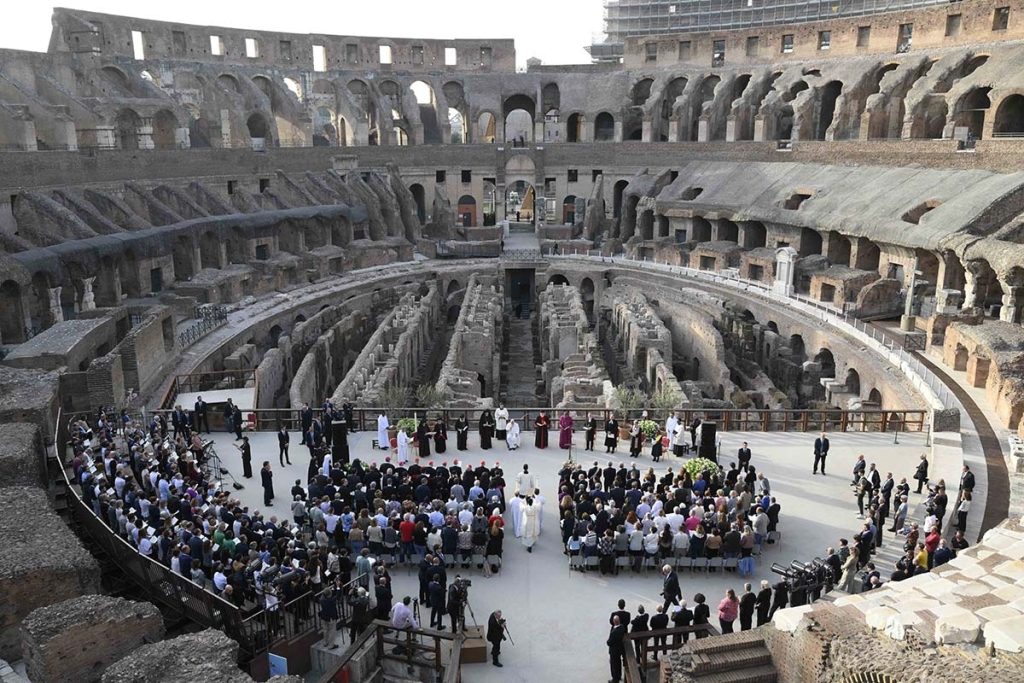 Rome, Italy - October 2022 - Yesterday afternoon, Oct. 25, Pope Francis took part at the Colosseum in the final act of the prayer meeting for peace promoted by the Community of Sant'Egidio, signing a common appeal with Christian leaders and world religions. After the moment of prayer inside the Flavian Amphitheater, the final ceremony took place on the stage set up outside with some testimonies and closing speeches followed by a minute of silence to remember the victims of war, terrorism, violence, and human trafficking. The appeal was then delivered to some boys and girls by the writer, witness of the Shoah, Edith Bruck, and symbolically to all the youth of the world. In his speech Pope Francis, after thanking all those present, said "This year our prayer has become a 'cry,' because today peace is gravely violated, wounded, trampled: and this in Europe, that is, on the continent that in the last century experienced the tragedies of the two world wars. We are in the third one. Unfortunately, since then, wars have never stopped bloodying and impoverishing the earth, but the moment we are living is particularly dramatic." The Pontiff emphasizes once again that "peace is at the heart of religions," that peace which is denied and humiliated in so many parts of the world and whose cry is often silenced "by war rhetoric," but also by hatred and indifference. Yet it is an invocation that, the Pope says, "cannot be suppressed."