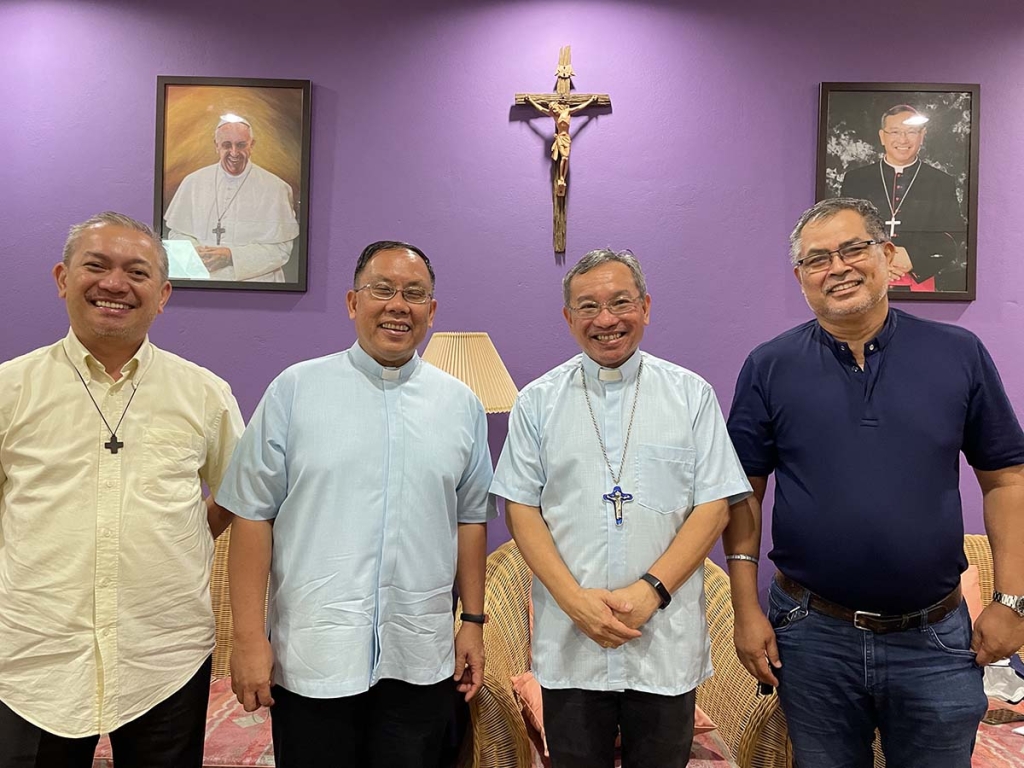 Kuching, Malaysia - November 2022 - From Nov. 16-21, Fr. Alfred Maravilla, General Councilor for Missions, visited the new Salesian missionary presence in Malaysia. The country is located in Southeast Asia, on the Malay Peninsula, and the island of Borneo. The population manifests great ethnic, linguistic, cultural, and religious diversity: Malays, indigenous groups, Chinese, Indians, Pakistanis, Sri Lankans, and European cultural influences. About three-fifths of the population, or 32.78 million, are Muslim. By law, all Malaysians are Muslim. In 1511 Portuguese and early Catholic chaplains arrived in Malaysia. Today 3.58 percent are Catholic. The first group of three Salesian missionaries arrived on 15 August 2017 at the invitation of the Archbishop of Kuching, Archbishop Simon Peter Poh Hoon Seng. During his visit, Fr. Maravilla discussed with the Salesians and the Archbishop the possibilities of strengthening the initial Salesian presence and fostering its growth. Discussions are ongoing on the prospect of entrusting the Salesians with a parish in Kuching. The Salesian presence in Malaysia is entrusted to the Northern Philippines Province (FIN).