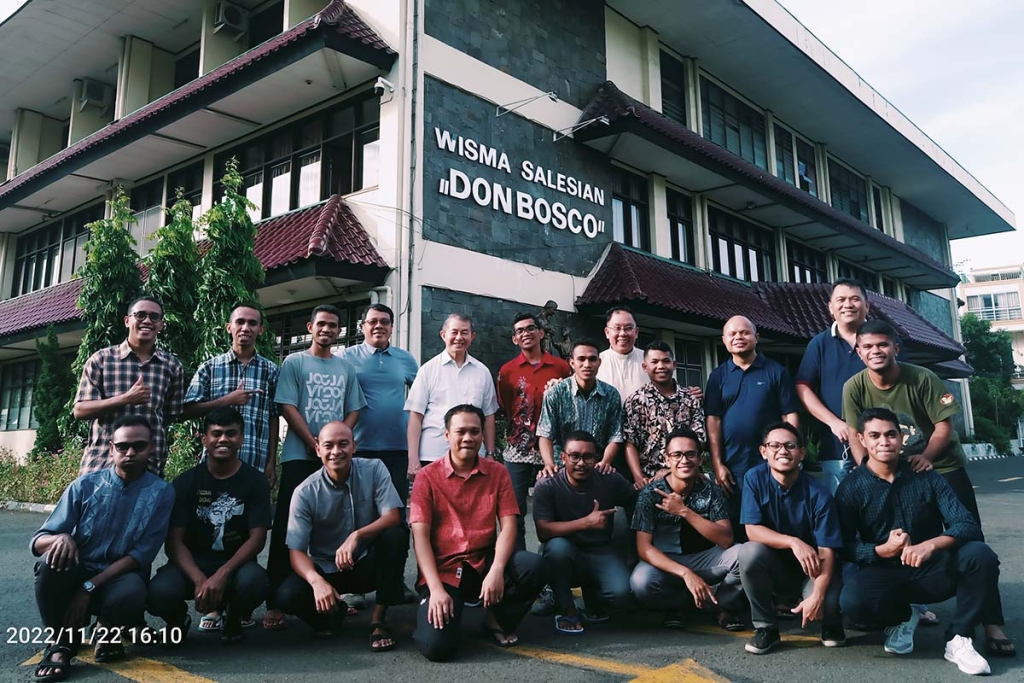 Jakarta, Indonesia - November 2022 - Following his visit to Malaysia, the General Councilor for Missions, Fr. Alfred Maravilla, visited Jakarta, Indonesia, from November 21-23. Indonesia is a Southeast Asian country located between the Indian and Pacific Oceans. It is the largest archipelago state in the world, consisting of more than 17,000 islands. The first Europeans, Portuguese traders, arrived in the archipelago in 1512, looking for sources of nutmeg, cloves, and pepper in the Moluccan Islands. In 1602, Dutch traders settled in the islands until Indonesia's independence in 1945. Indonesia is an ethnically diverse country with about 1,300 distinct native ethnic groups. The government officially recognizes only six religions: Islam, Protestantism, Catholicism, Hinduism, Buddhism, and Confucianism. 231 million (86.7 percent) of the population are Muslim, 10.7 percent are Christian (7.6 percent Protestant, 3.12 percent Catholic). Salesians arrived in 1985 with the goal of establishing a base to support Salesians working in East Timor. In 2018, it was established as the Salesian Vice-Province of Indonesia (INA) with 9 presences. The latest presence was opened this year on the predominantly Catholic island of Flores at the urging of the Rector Major, Fr Ángel Fernández Artime. Today the INA VP is composed of 1 pre-novice, 3 novices, and 57 members of whom 11 are in initial formation. Indonesian Salesian missionaries work in Ecuador, Brazil, Mongolia, the Netherlands, Paraguay, and Papua New Guinea. During his brief visit, Fr. Maravilla had the opportunity to review with the Superior of the Vice-Province and some members of its Council possible opportunities to support the new Salesian presence in Malaysia and establish a small local mission office. He was also able to meet the novices and postnovices with their formators for moments of missionary animation.