Vietnam - Provincial Mission Day: "Be a true witness of the Gospel" 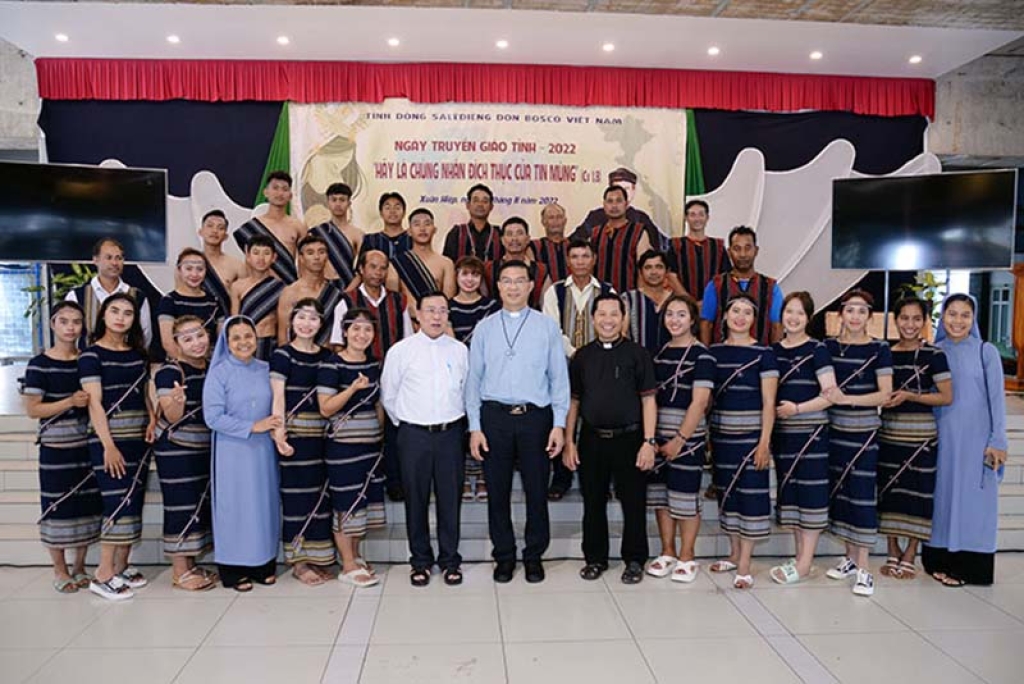 Vietnam - November 2022 - To foster the sense of missionary responsibility among its members, the Missionary Animation Commission of the Salesian Province of Vietnam (VIE) organized the Provincial Missionary Day on the theme "Be a true witness of the Gospel," in three different Salesian communities: Ho Chi Minh City, on Nov. 14; in Ha Noi City, for the Northern Delegation, on Nov. 15; and in Da Lat City, for the Central Plateau region, on Nov. 17. Present in Ho Chi Minh City were Fr. Joseph Nguyen Kim Khanh, VIE Provincial Vicar, members of the Salesian Family, two Salesians in charge of youth ministry from Myanmar and Indonesia, and Vietnamese SDB and FMA missionaries ad gentes. "Salesian Life as a Missionary" was the theme of the talk by Fr Vu Kim Long, Provincial Delegate for Missionary Animation; Fr Joseph Tran Van Hien, member of the Missionary Animation Commission spoke on the theme "Mission ad gentes"; Fr Joseph Nguyen Dinh Phuc, Director of the Khop Community, spoke about the mission in the Central Highlands, while Fr. Peter Hoai Van shared his missionary experience in Papua New Guinea. Then Fr. Joseph Nguyen Kim Khanh presided over the Eucharist. In Hanoi City, Salesians from the North Vietnam Delegation, together with Salesian Cooperators and Don Bosco Volunteers (VDB), gathered at the Van Phuc community led by Fr. Thomas Long, Provincial Delegate for Missions, who shared his thoughts on Salesian Missionary Identity. Fr. Joseph Hien presented the reality of Vietnam's missionaries in the world and the Provincial Mission Action Plan, and again Fr. Joseph Phuc spoke about Salesian works in the highlands of Vietnam. The highlight of the day was the Mass presided over by Fr. John the Baptist Hao, Provincial Superior of the North Vietnam Delegation.