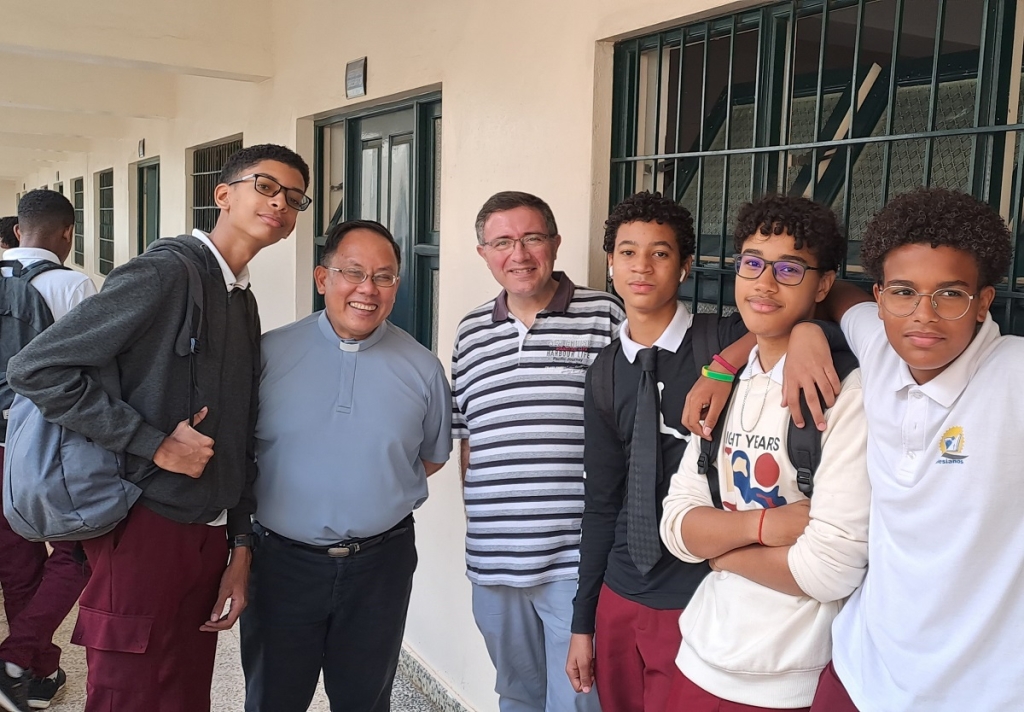 Cape Verde - November 2022 - The visit of Fr. Alfred Maravilla, General Councilor for Missions, to the Cape Verde Islands, which began last Nov. 27, has just concluded. The first Salesians from the Province of Portugal arrived in the country in 1943, on the island of São Nicolau. Ten years later they opened the Salesian School of Arts and Crafts (Escola Salesiana de Artes e Oficios) on the island of São Vicente, which continues to be highly valued by the local population. Until a few years ago the Salesians also ran the parish that is now the cathedral of the Diocese of Mindelo. In recent years the Rector Major has sent four young missionaries destined specifically for Cape Verde. Fr. Maravilla made this fraternal visit now to better understand the missionary challenges and opportunities the country offers. During his visit, he met with students from the school and the local bishop who expressed to him the urgent challenges of evangelization of young Cape Verdeans and the importance of the Salesian school to the country. The General Councilor for Missions also visited the island of Santo Antão, where the Salesians were invited by the local parish priest to help run a festive oratory for the island's rural youth. He visited some remote rural communities to better understand the island's missionary needs.