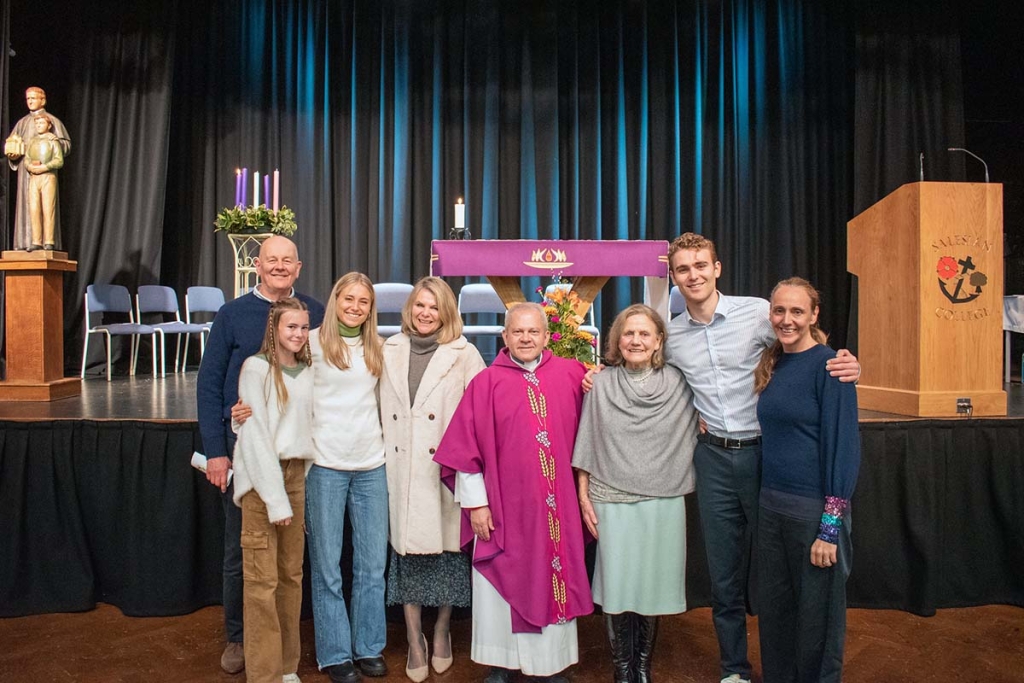 Farnborough, Great Britain - November 2022 - The General Councilor for Social Communication, Fr Gildasio Mendes, attended the preview screening of the film on Sean Devereux entitled "A Light that Never Dies". The film, made by the Social Media and Communications team of the British Province, was broadcast on 26 and 27 November in the presence of relatives and friends of Devereux, of Fr Maciej Makula, of Fr Gerry Briody, Superior of the Province of Brittany (GBR), and of the Salesians of the whole Province. The work follows the life of Sean Devereux, a Salesian past pupil, teacher and volunteer, who was assassinated in Kismayo, Somalia, in January 1993, at the age of 28, while working for UNICEF. The film also explores the legacy Sean left behind and the impact he had on so many people in Liberia.