India - Launch of the book "Don Bosco in Mangalore" 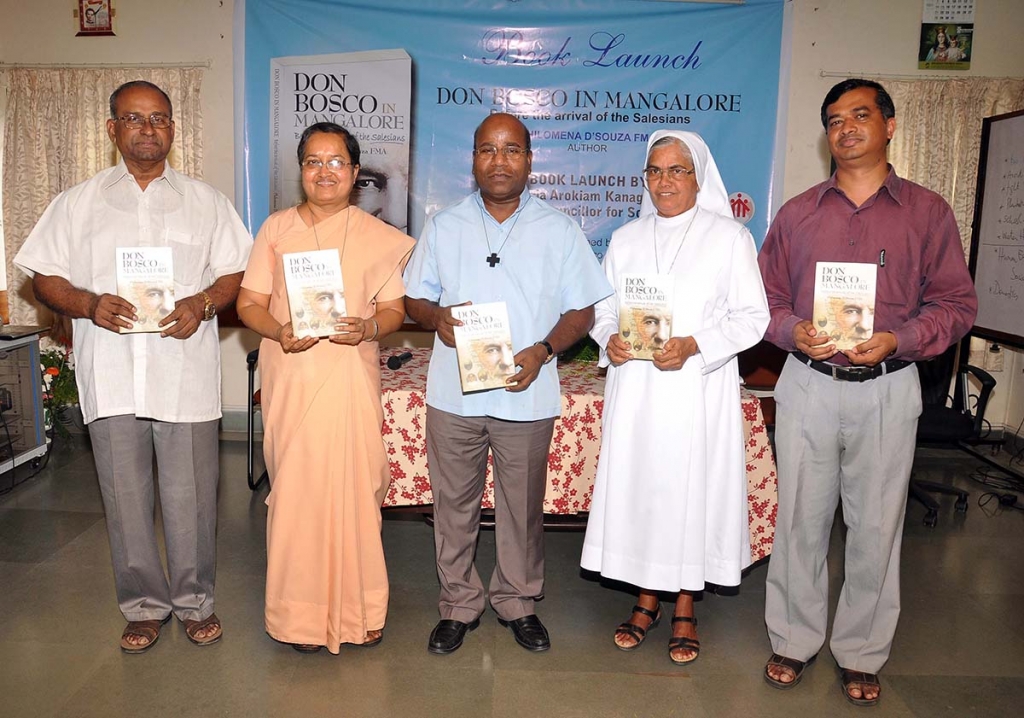 Bangalore, India – 30 August 2016 - Fr Maria Arokiam Kanaga, Councillor for the South Asia Region, presided over the launch of the book "Don Bosco in Mangalore - Before the arrival of the Salesians," written by Sister Philomena D'Souza FMA, published by "Tej-Prasarini, Don Bosco Communications" of Mumbai. The event was chaired by Fr Mathew Kapplikunnel, Secretary ACSSA South Asia, and was also attended by Sister Piera Cavaglià, FMA, Secretary General of the Daughters of Mary Help of Christians.