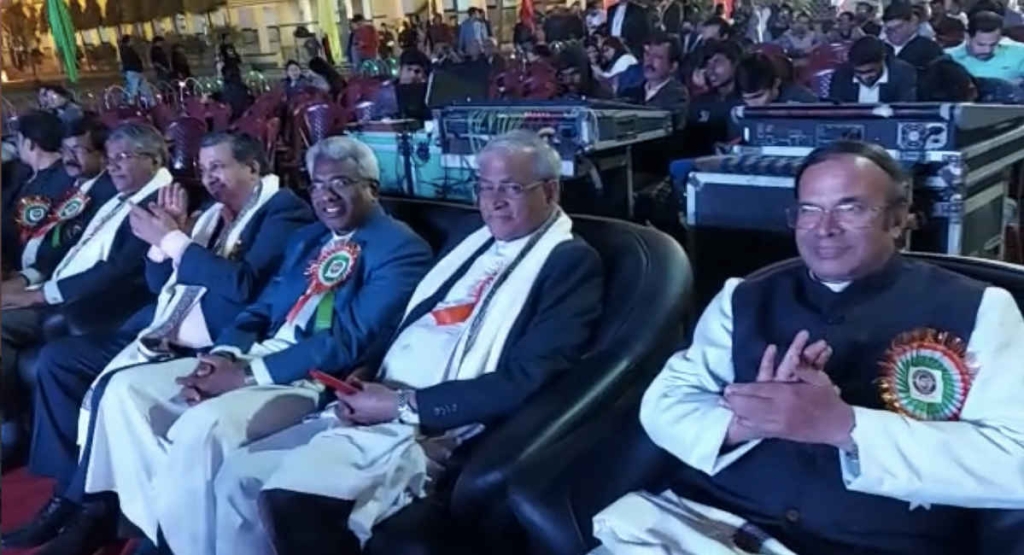 Howrah, India - January 2023 - The Past Pupils of "Don Bosco School Liluah" on the occasion of the 55th anniversary of the school's Alumni Association, organized the first in-person meeting after the pandemic on January 15. The event was attended by 650 past pupils, who during the six-hour evening program paid tribute to the Salesians of the Liluah community, belonging to the Calcutta Province (INC), the nine former Directors and Principals. The alumni, who came from various parts of India and abroad, also toured the new facilities and the lecture hall; then attended speeches by Headmaster Fr. Manoj Jose and Director Fr. Davis Velyian, while the President of the School's Alumni Association, Biswana Trivedi conducted the evening. Salesian Family Delegate of South Asia, Fr Joseph Manipadam, and Fr Joseph Pauria, INC Provincial, attended the event. The Provincial thanked the past pupils for running a free night school for underprivileged children in the same school premises, for organizing free weekly medical camps, and for assisting rural schools in the INC Province. The main attraction of the evening was a performance by Bollywood singer Samrat Sarkar and his band. The "Don Bosco Liluah" school, founded in 1938, has a high school and a technical institute. Its alumni association was founded in 1967 and has over 1,000 members.