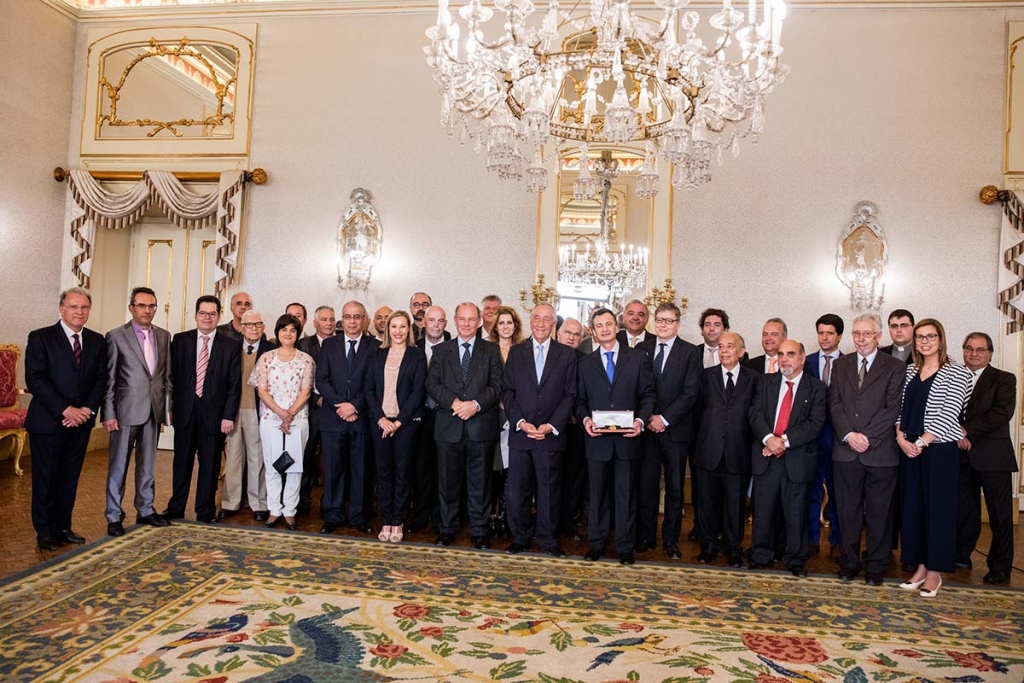 Lisbon, Portugal - April 2017 - On 25 April, the 43rd anniversary of the "Carnation Revolution", the President of the Republic of Portugal, Marcelo Rebelo de Sousa, received the representatives of 31 Social Communication Bodies with publications going back over 100 years. The President thanked the Portuguese Press Association and awarded it the honorary title of the Order of Merit. The Salesian Bulletin, whose first Portuguese edition was published in February 1902, was represented by its director, Joaquim Antunes.