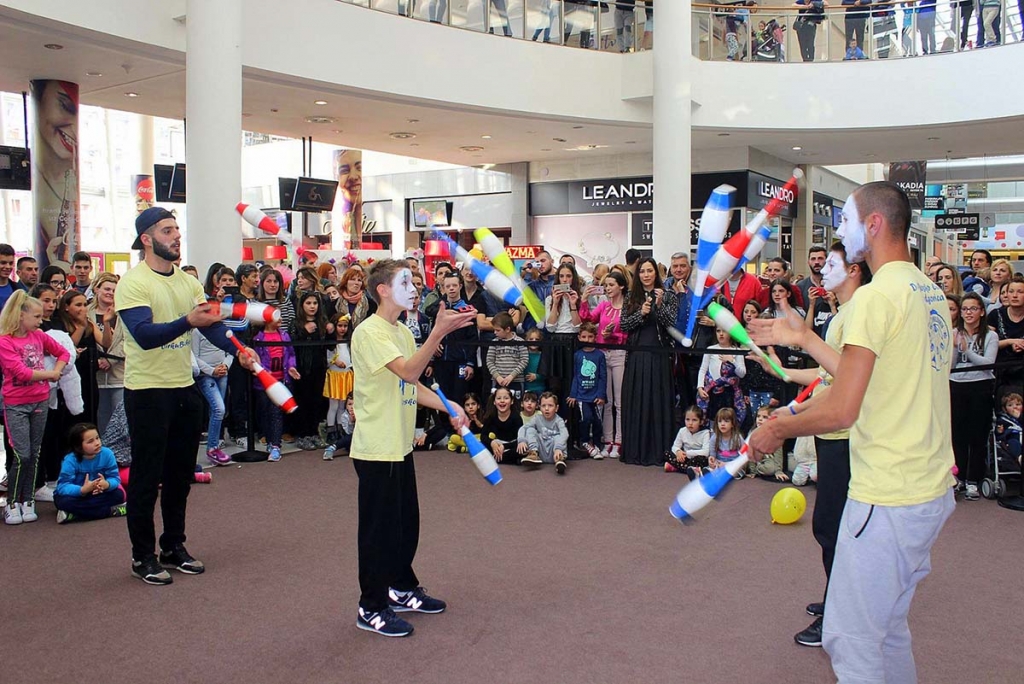 Podgorica, Montenegro - April 2017 – On 22 April, the "Cirkus Bosko" Juggler Team from the Salesian Youth Centre in Podgorica gave a spectacular performance before a large audience of curious onlookers in the largest shopping centre in Podgorica. They were led by a young leader Ljindon Ljucović, who grew up in the Salesian oratory. The group has been active for three years. It brings together children and young people who are not only Catholics but also Orthodox and Muslims. The goal is not only to entertain the group members and viewers, but to educate, through games, to human values, personal relationships, and a sense of responsibility. Like other groups in the Salesian Centre in Podgorica, it promotes the values ​​of the Preventive System of Don Bosco. His name is becoming ever better known in the multilingual and multi-national context of the Balkans. A video of the show is available on Facebook:  https://www.facebook.com/DBC.PG/?fref=ts