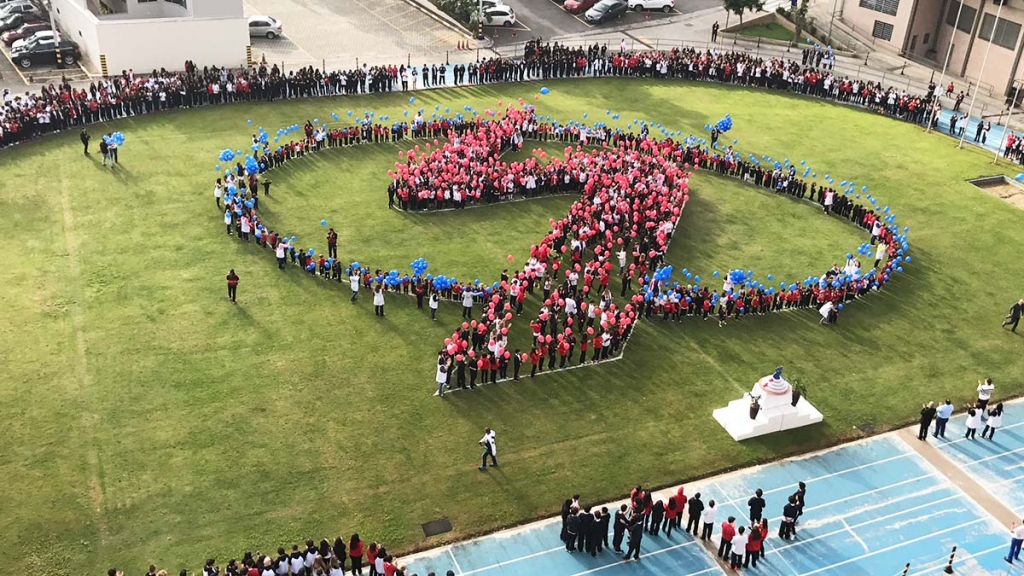 São Paulo, Brazil - May 2017 - On 9 May, the Salesian College of Santa Teresinha celebrated the 80th anniversary of its foundation. The day began with the "Good Morning" thought from Fr. Edson Donizeti Castilho, Superior of the São Paulo Province (BSP). Various activities followed, including the composition of the Salesian logo by the pupils with balloons in hand. The Santa Teresinha College was founded in 1937 and currently hosts 2,600 students.