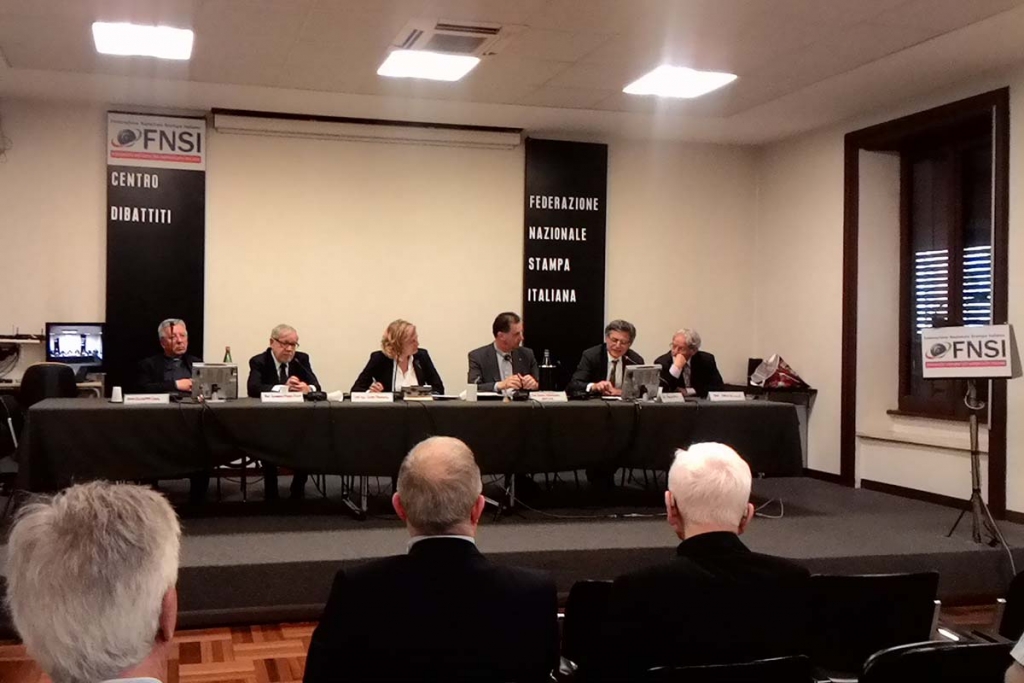 Rome, Italy - May 2017 - On 15 May, at the Walter Tobagi Hall of the Italian National Printing Federation (FNSI), the launch took place of the volume "L’Uomo del Mare” The Man of the Sea" (LEV 2017) The book is signed by journalist Carlo Di Cicco, deputy director emeritus of L'Osservatore Romano. Among those present were the Rector Major of the Salesians, Fr. Ángel Fernández Artime, Fr. Giuseppe Costa, Director of the Libreria Editrice Vaticana, Giovanni Maria Flick, President Emeritus of the Constitutional Court, and Paolo Ruffini, director of TV2000 and INBlu. The meeting was chaired by journalist Laura Trovellesi. L’Uomo del Mare is a book that speaks of Don Bosco in a completely new and unexpected way.  It brings out, right from the very cover, the present-day relevance of the saint who is considered Father and Teacher of the Young and a distinguished figure of Christian pedagogy. The face of the saintly educator rises from the waters of the sea and looks sympathetically towards young African emigrants trying to save themselves from the wreckage of the old sea-vessel that could well become their grave.